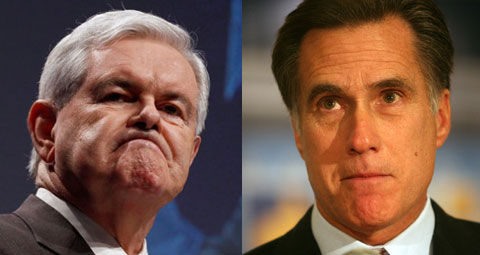 In a head-to-head race, Romney leads Obama by a statistically insignificant percentage point, 48%-47%, the survey finds.

But Obama leads Gingrich, 54%-40%. The president’s standing against him has risen nine points since early December; Gingrich has fallen by eight.