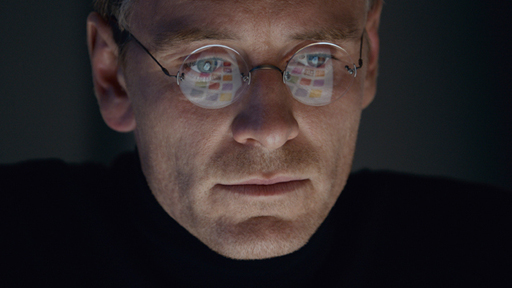 While I’m still planning to see the film, I can admit I haven’t had time lately as I’m swamped in rehearsals for HELLO, DOLLY! here in Florida.

But I was surprised to read how badly Aaron Sorkin’s new flick Steve Jobs, the biopic about the Apple CEO & iPhone father, did at the box office.

After racking up the year’s best per-screen average in its opening weekend and doing strong business in limited expansion, “Steve Jobs” hit a stumbling block in its national release. It debuted to a measly $7.3 million, only a little more than the $6.7 million that “Jobs,” a critically derided film about the iPhone father with Ashton Kutcher, made in its initial weekend. Going into the weekend, some tracking suggested that the picture would do as much as $19 million.

It’s still hard to see how the film turns a profit. The picture cost $30 million to make and at least as much to market. That means that “Steve Jobs” needs to do at least $120 million in order to break even. Given that the film is dialogue-driven and lacks a major star, its foreign prospects seem bleak. It’s almost entirely a domestic play, and so far it’s only made about $10 million.

Variety goes on to consider the comparisons with Sorkin’s film about the creation of Facebook – The Social Network. Interesting to note that timing is everything as that film was released just as Facebook was becoming a part of everyone’s daily life, where the Steve Jobs story has been picked over for years now since his return to Apple and then subsequent death.

I’m a fan of Sorkin’s writing so I’ll still head out to see it.

Has anyone here seen the film? Thoughts?