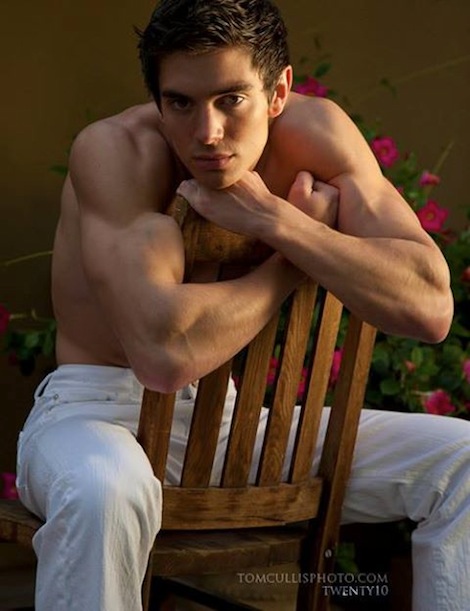 Out singer/songwriter and viral video star Steve Grand celebrated the success of his video “All-American Boy” at The Joynt in Chicago this weekend with a live performance of his breakout song.

In the clip, he not only sings “All-American Boy” but he talks about making the music video, the response from all over the internet (almost 500,000 views in less than a week), AND having to beg his best friend’s dad to borrow the cool Pontiac featured in the video.

Plus, with his new found fame, folks have recognized Steve from some modeling gigs he’s done (also under the names Finn Diesel and Steve Chatham).

Here’s hoping for more Steve Grand in the near future.