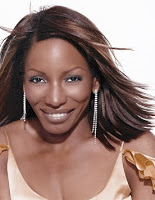 I love when these things work out. Stephanie Mills is returning to OZ.

Mills, who created the role of ‘Dorothy’ in the original 1979 Broadway production of The Wiz, will play ‘Aunt Em’ in the upcoming TV production, according to the Hollywood Reporter.

Producer Bob Greenblatt also announced that the network is looking for a “fresh face” to star as Dorothy.

As previously reported, entering into a partnership with NBC on The Wiz — to be executive-produced by Craig Zadan and Neil Meron — is Cirque du Soleil, whose new stage theatrical division will co-produce the live TV event and then present it as a major Broadway revival for the 2016-17 season.