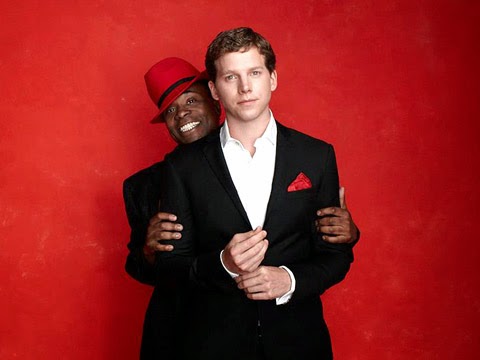 Last night, as the creators and cast of KINKY BOOTS won the Grammy Award for “Best Musical Theater Album,”  one of the shows leading men – Stark Sands – was saying goodbye to the cast on the stage of the Al Hirschfeld Theater.

Tony Award-winner Billy Porter says in the video: “We’re co-stars. He’s my brother, he’s my rock, he’s everything. Everything that a leading lady could wish for.”

As the hit musical marches into it’s second year, KINKY BOOTS continues to sell out nightly.