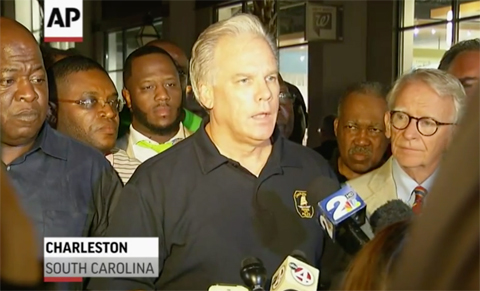 Police are searching for a white male, approximately 21 years old, with sandy blond hair. The incident is being investigated as a hate crime.

The suspect, Dylan Storm Roof, had been apprehended about 245 miles northwest of Charleston, according to USA Today.

Police said the suspect, from Columbia, S.C., had been sought in a black Hyundai with vehicle tag LGF330 and appealed to the public for any information on his whereabouts.

A Facebook page for a Dylann Roof’ carries a photo of a young man in a bowl-like haircut similar to the image in a surveillance photo outside the Emanuel AME church just before the killings Wednesday night. The page says he attended White Knoll High School in Lexington.

The Facebook page also carries a photo of Roof standing in in front of a swamp forest wearing a jacket with patches of the racist-era flags of South Africa and Rhodesia, the one white-ruled country now called Zimbabwe. 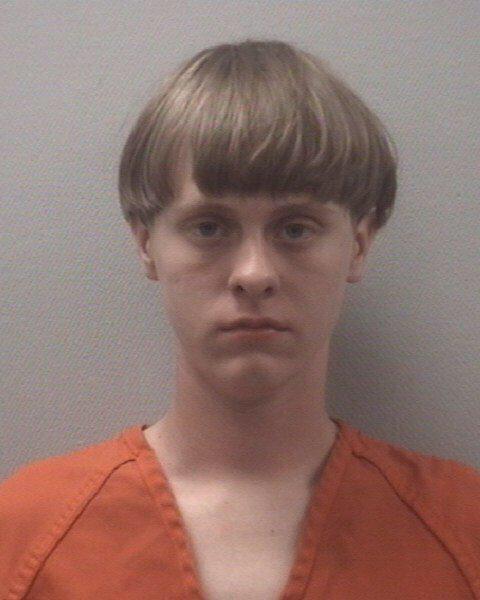