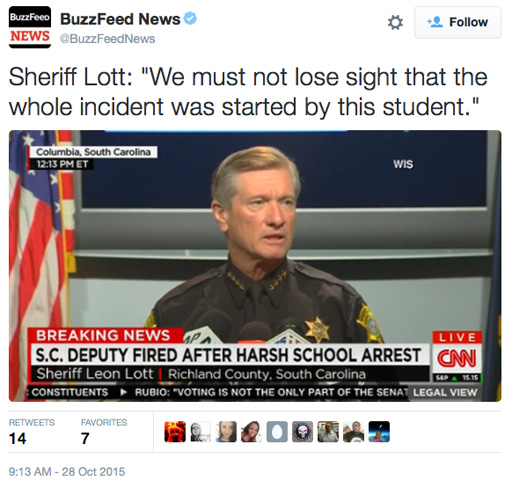 Sheriff Leon Lott is currently giving a press conference egarding the South Carolina deputy who flipped a female high school student’s desk over then dragged/threw her across the room.

Sounds like he saying a little of, “Basically, she had it coming.”

As the press conference goes on, he’s drawing an appropriate hard line about the deputy but is stressing the female student ‘started’ the incident.

I’m just not convinced dragging and throwing a 5’6″ female teenager across a room is justified because she wouldn’t leave her desk.

Sheriff Lott also mentioned that the procedure Deputy Fields violated was in throwing the student across the room, he lost contact with the student. Not so much the violent nature of his behavior but that he let go of the student.