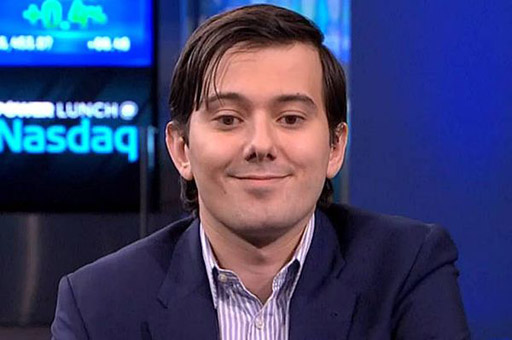 Prosecutors had called for a 15 years in prison while Shkreli’s lawyers argued for 18 months or less because his investors in two failed hedge funds got their money back, and their client shouldn’t be punished for being outspoken.

Judge Matsumoto assured the defense team did not take Shkreli’s outside actions into account in the sentencing.

The “Pharma Bro” became infamous for jacking up the price of a life-saving AIDS drug by 5,000% from $13 to $750 overnight. That was followed by trolling his many critics on Twitter with his snarky personality.

Martin Shkreli once smirked at members of Congress when they pleaded for him to realize sick people were dying.

Today’s sentencing went differently, as Shkreli sobbed and begged the court for mercy. He deserved no mercy and that’s what he got.

Karma is a bitch.

Martin Shkreli cried as he was sentenced to prison today.

The lesson of Shkreli is you can extort HIV patients all you want, but when you start messing with hedge fund investors, shit gets real.