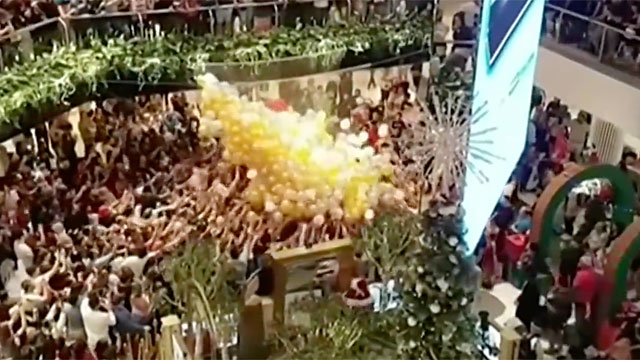 The BBC reports a balloon drop at Westfield Parramatta mall in Sydney went terribly wrong when several participants were crushed in the chaos.

Hundreds of shoppers were fighting for the balloons which were stuffed with gift cards (some worth only $5). The incident occurred at the end of a marathon Christmas shopping event.

There were children among those injured in the crush, and several were sent to the hospital.

The mall owners say they are investigating the incident.