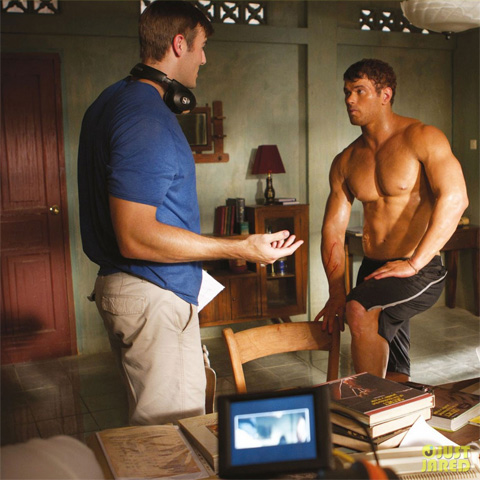 Kellan Lutz caught during a break showing off his buff shirtless body during a photo shoot for Men’s Folio Indonesia’s March/April 2013 issue.

Lutz is featured in the publication to promote his new film Java Heat, which will open in Indonesia on April 18 before hitting theaters in the US on May 10.

Java Heat follows an American (played by Lutz) in Indonesia who teams up with a Muslim cop to track down a terrorist.