• Pink News: Shares of Grindr soared by over 300% after the gay dating app company went public.

• Variety: Chris Hemsworth says he is planning to take a good chunk of time off work once his press tour for the Disney+ series “Limitless” wraps. In one episode, Hemsworth meets with a doctor and it’s revealed that he has a genetic predisposition for Alzheimer’s disease. Hemsworth’s grandfather is currently diagnosed with Alzheimer’s disease.

• LGBTQ Nation: Greg Owen takes a look at how Florida’s Don’t Say Gay law has affected LGBTQ students and teachers as rainbows, safe space stickers and books with LGBTQ themes and history are being replaced in classrooms out of fear.

• Kenneth-in-the-212: Check out Kenneth’s weekly round-up of the what’s what in LGBTQ publications including the Thanksgiving issue of GLOSS Magazine. 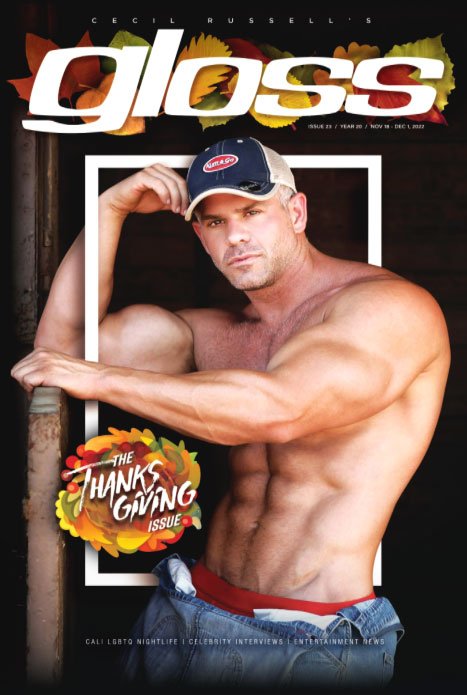 • New York Times: A former anti-abortion leader says he knew the outcome and author of the 2014 Supreme Court Hobby Lobby decision before it was made public. Justice Samuel A. Alito Jr. authored that decision and the ruling that overturned Roe v Wade that was leaked this year. Folks now wonder if Alito leaked the two decisions.