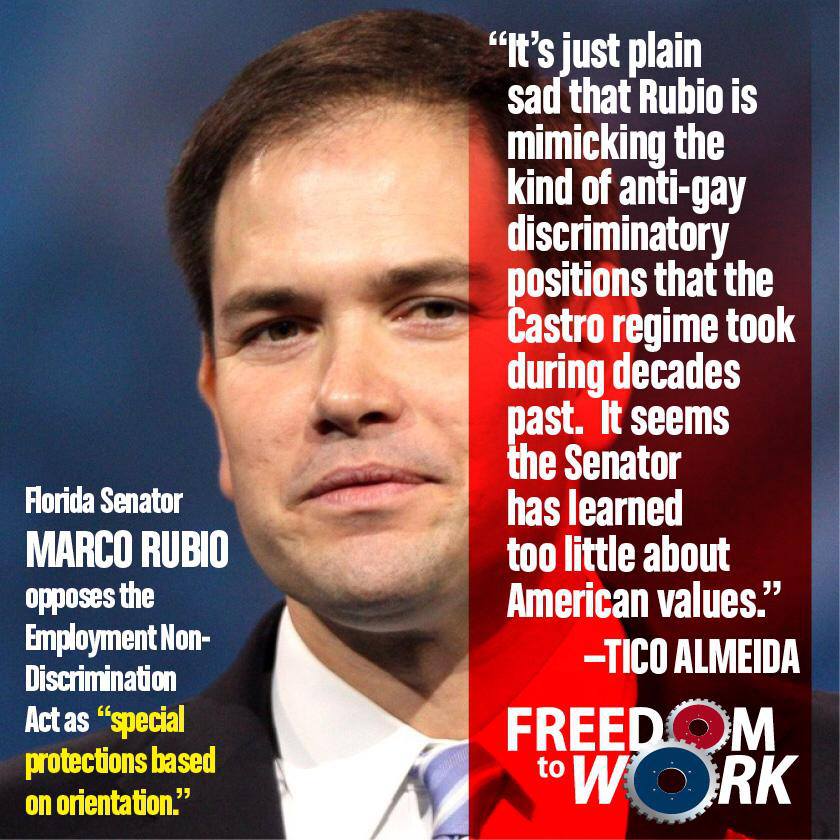 When asked if he planned to support ENDA should it come up for a vote soon, Sen. Marco Rubio said  “I haven’t read the legislation,” Rubio told Scott Keyes of ThinkProgress.  “By and large I think all Americans should be protected but I’m not for any special protections based on orientation.”

So, “all Americans” unless you are gay?

Freedom to Work, the national LGBT group supporting ENDA and workplace nondiscrimination, has condemned Rubio for his position:

“Freedom to Work condemns Senator Rubio’s retrograde stance against basic workplace protections for gay and transgender Americans,” said Tico Almeida, a first-generation Cuban-American who is President of the LGBT organization Freedom to Work.

“Like Rubio’s family, my parents also abandoned Communist Cuba because America is a place where every individual should be empowered to build a successful career based on talent and hard work rather than getting held back because of irrelevant characteristics like sexual orientation or gender identity.

“It’s just plain sad that Rubio is mimicking the kind of anti-gay discriminatory positions that the Castro regime took during decades past. It seems the Senator has learned too little about American values.”

More at the Miami Herald.