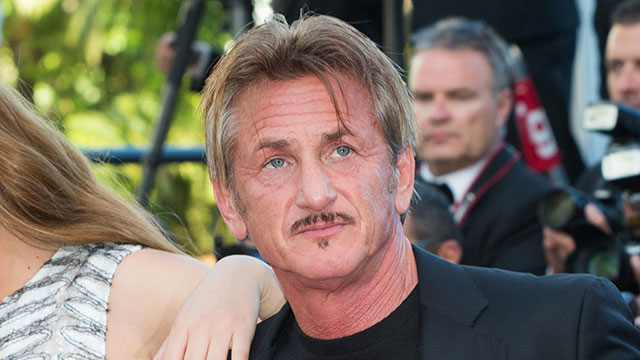 Academy Award winner Sean Penn is really concerned about ‘masculinity’ these days and isn’t shy about sharing his thoughts.

Sean Penn: “Men have, in my view, become quite feminized… There are a lot of, I think, cowardly genes that lead to people surrendering their jeans and putting on a skirt.” https://t.co/n4vFAXft1u

“I am in the club that believes that men in American culture have become wildly feminized,” Penn told iNews earlier this month. “I don’t think that being a brute or having insensitivity or disrespect for women is anything to do with masculinity, or ever did. But I don’t think that [in order] to be fair to women, we should become them.”

He doubled-down on that sentiment this week when The Independent asked him to clarify.

“I think that men have, in my view, become quite feminized,” said the 2-time Oscar winner. “I have these very strong women in my life who do not take masculinity as a sign of oppression toward them. There are a lot of, I think, cowardly genes that lead to people surrendering their jeans and putting on a skirt.”

Folks on Twitter had some thoughts of their own regarding Mr. Sean Penn:

Wow. He’s looking at this in entirely the wrong way. We ALL have a portion of feminine and masculine energy. We ALWAYS have. It’s just now that some of us are comfortable expressing those portions as we’ve realized they are an inevitable part of our being.

What Sean Penn is expressing- an apparent aversion to anyone/anything that defies gender norms- is at the core of homophobia, and it is something that Harvey Milk (who famously called himself a queen) would vehemently oppose. I know what I’m talking about. https://t.co/nXvxiqTqn1

Related: New Ad From Gillette Addresses Masculinity In The Age Of The #MeToo Movement