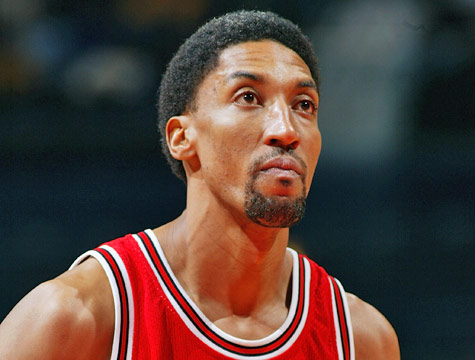 TMZ reports that former Chicago Bulls star Scottie Pippen has been arrested in connection to a fight outside a Miami restaurant:

Pippen allegedly brutalized an autograph seeker outside Nobu restaurant Sunday night. The man was knocked out after Pippen allegedly punched him in the face and kicked him repeatedly.

Pippen left the scene. As for the victim … he was taken to a hospital with serious injuries, including broken teeth, a swollen mouth. He also suffered injuries to his head and back.

Pippen helped lead the Bulls to six NBA championships in the 1990s.