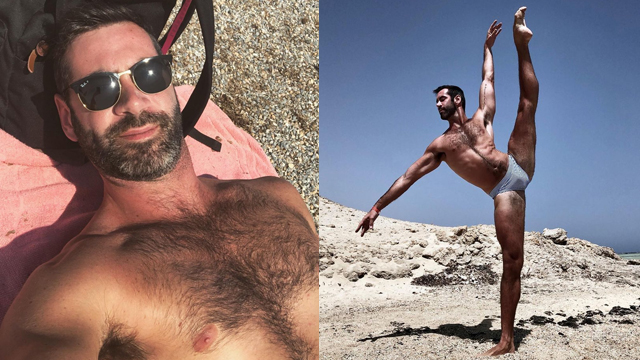 Saverio Pescucci’s search for a room to rent in New York City went viral after he attached a few photos to his search ad.

A professional dancer by trade, Pescucci posted his search in the 284,800-member Gypsy Housing group on Facebook.

Describing himself as “super chill, friendly, gay, [and] Covid responsible,” Pescucci included the photos so people could put a face to the ad.

“I saw a lot of people … were posting pictures of themselves, like selfies and casual photos, to show that they’re not sociopaths or what kind of lifestyle they have,” the 29-year-old told the New York Post. “I did the same [but] I was not imagining that it would turn into an episode of ‘The Bachelor.’ “

Pescucci says the pics were a general assortment of vacation selfies and photos of him dancing.

To his surprise, the ad went viral garnering over 600 Likes and 400+ responses.

It’s pretty easy to see why the native of Tuscany, Italy, got such a reaction.

One woman commented on Pescucci’s ad writing, “[The] hot ones are never straight.”

Another couldn’t resist chiming in with “You’re cute … that’s all I have to offer you. A compliment.”

“You won’t be paying rent for too long once you get here … [you’re] f–king hot.”

“I don’t have a room but I am single,” wrote Hassan Salazar, a drag performer who resides in Queens. Getting straight to the point, Salazar just put it all out there saying, “I’m just here to snatch myself a good man. He can have my apartment lol.”

Salazar told The Post that he liked that Pescucci is a dancer, and his eyebrows – he really liked his eyebrows.

Pescucci told The Post that he didn’t intend for the ad to be “a thirst trap.” And while he wasn’t “uncomfortable” with the comments, he admits to being “really overwhelmed” by the responses.

He tried to respond to the comments individually but finally gave up by addressing everyone on the post.

He also thanked his new admirers “for all the sweet and kind words” and promised to read all of the comments as soon as he gets a chance.

Originally trained at Milan’s prestigious La Scala ballet academy, Saverio Pescucci has danced around the world with elite companies like the Dance Theatre of Harlem and the Finnish National Ballet. In 2017, he made his Broadway debut in The Phantom of the Opera.

Unemployed due to the COVID-19 pandemic, he’s hung up his dance shoes for a while and will begin a new gig working at an Italian food distributor.

And yes – the housing search was successful. Our furry hero did find a room to rent.