Note the language used here – “working OUR asses off”

This is from the person who QUIT her job as governor HALF-WAY through her one term.  In other words  – she quit a high level prestigious job because it wasn’t enough for her.  And she has the NERVE to say she’s now one of millions who are “working our asses off”???

JoeMyGod points to this pic of Palin at the 2011 Vanity Fair after-party for the White House Correspondents Dinner with that year’s host, Seth Myers.  Other “assclowns” who have attended the Nerd Prom include Todd Palin and Bristol Palin.  Note that the former half-term governor didn’t have a problem with the event when she or family members were invited. 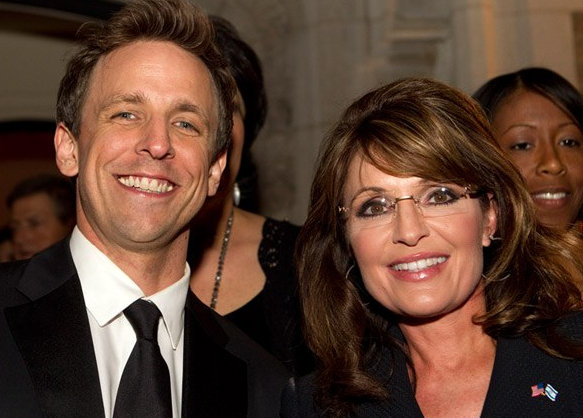