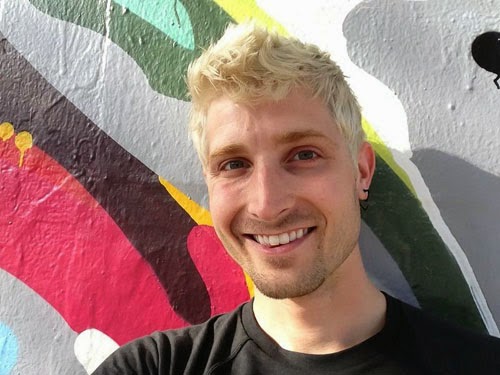 Bryan Higgins, known to friends and family as Feather Lynn, was brutally attacked over the weekend in the Castro District of San Francisco.

Sadly, violent crime has recently been on the rise in the Castro.

From The Castro Biscuit:

Yesterday, police declared the case an attempted homicide after evidence was introduced that suggested Feather was brutally attacked which reports say led to a fatal brain aneurysm that has left him on life support.

The SFPD has little details on a suspect and is asking for the community’s help in tracking down a white male in his late 20′s and early 30′s who was wearing a dark colored hoodie who was captured on Muni and surrounding businesses’ security footage around the time of the assault.

Feather was taken off life support today at 3:33 PM PST. At that same time, a vigil was held at Duboce Park, near where Feather was attacked, to celebrate and remember his life.

“Right now, we are just concerned with his spirit, and making sure everyone has a chance to say goodbye,” he said. “Too many factors came together in this situation. But the truth is he has left us.”

Anyone who may have been in the vicinity of Duboce and Church in the early morning hours of Sunday, August 10th, – or have any details that may be related to the crime – please contact the SFPD at 415-575-4444 or text TIP411 with “SFPD” at the start of the message.