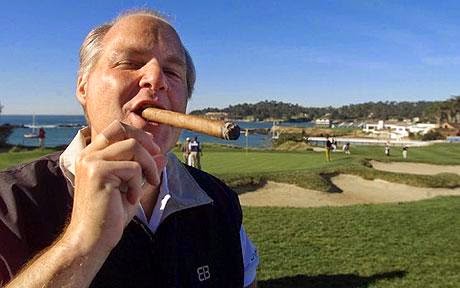 On his radio show yesterday, Rush Limbaugh surprised many by proclaiming the FEMA response to Hurricane Katrina in 2005 as “one of the most effective emergency responses in our history.”

“And by the way folks, there’s another thing, and I challenge anybody to independently verify this: The FEMA U.S. government response, to Katrina, was one of the most massive, one of the fastest, and one of the most effective emergency responses in our history.

“Go, independently verify that, if you doubt me. I imagine even some of you in the audience who would call yourselves conservative Republicans are saying, “Rush, be careful now, you know that’s not true.” You probably think it’s not true because you believe, it’s been stated for so long, it’s been the conventional wisdom for so long, that the post-Katrina response was a disaster, and it wasn’t.

“It was government behaving, actually, as well as it can, in one of the acknowledged roles that government, when done right, may be best at, this kind of massive mobilization of resources, to be able to…

“I’ll tell you this; the post-Katrina response was far more massive, far more sensible, far more effective, than what is being done at the border today to handle this humanitarian crisis. The FEMA response post Katrina was far better and more effective and more efficient than anything that’s happened during the Obama years.

“But I know that you don’t believe that. And I know you think I’m on shaky ice saying it, but it is the truth! The reason you don’t believe it is because they were able to demonize the FEMA director at the time, a guy named Brown, Mike Brown, who did say something stupid, when asked a question, all it took was one stupid answer to a question and they were able to create a narrative that the entire Bush administration was stupid and incompetent and ineffective and that the whole response to Katrina was an outrage and that there practically wasn’t one, and folks, it just isn’t the case.”

You may recall the avalanche of criticism the Bush administration received for the slow, plodding, aimless way FEMA handled the catastrophe.

But who knows? Rush may think Britney Spears is a vocal wunderkind…

Listen to Rush in the clip below: