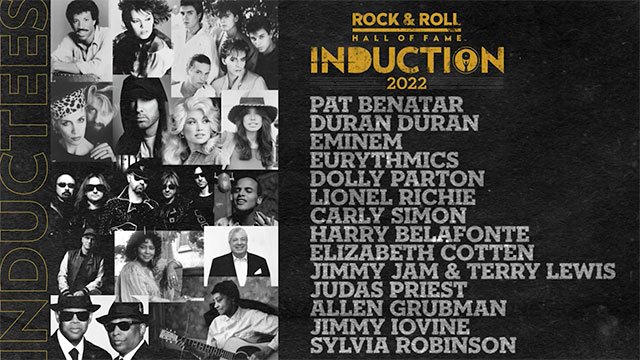 It would be pretty hard to argue against including ANY of this year’s inductees to the Rock & Roll Hall of Fame. All seven acts have made their own indelible imprints on the music industry.

I am honored and humbled by the fact that I have been inducted into the Rock and Roll Hall of Fame. Of course I will accept it gracefully. Thanks to everyone that voted for me and to everyone at the @rockhall. I will continue to work hard and try to live up to the honor. pic.twitter.com/kDTw8u7a1c

Judas Priest along with Jimmy Jam and Terry Lewis will also receive awards for musical excellence, while Harry Belafonte and Elizabeth Cotten will be recognized for early influence prizes.

The Cleveland-based Hall of Fame — which surveyed more than 1,000 musicians, historians and industry members to choose the entrants — will honor the seven acts in a star-studded gala concert tonight at Los Angeles’s Microsoft Theater.