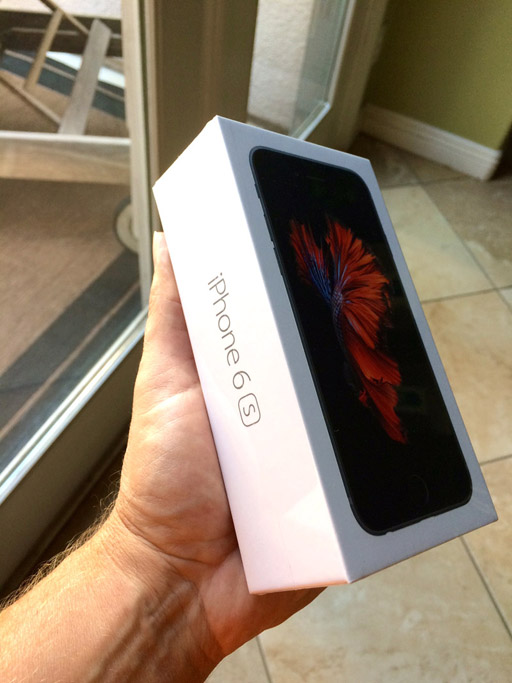 I haven’t upgraded my phone in years, and with the latest revision led me to indulge.

But I hate standing in lines, and I’d never stand in one of those “hours long Apple Store” kind of lines. A week ago, I pre-ordered my phone at an AT&T store, and here it is! Life is good.

Some folks still feel the need to do the line thing. But ,one woman found a way to “virtually” stand in line – with a robot taking her place.

In the smartest time management yet seen in an iPhone line, Lucy Kelly has outsourced the job to a telepresence robot, also called Lucy. The robot, created by Californian company Double Robotics, is an iPad attached to a Segway-type device that allows a person to be somewhat physically present despite not being there.

The robot arrived to take the position of fourth-in-line at the flagship Apple Store on George Street at 5 a.m. Thursday, with Kelly communicating through it from 6 a.m. It is believed to be the first time a robot has lined up and purchased an iPhone.

Kelly is meanwhile chilling in the warmth of her office, while her robot counterpart stands in the wind and rain.

Kelly says there is no jealousy from those diehard fans who have been freezing through the nights. “Everyone thinks it is pretty cool, they were happy to let a robot go ahead,” she said. 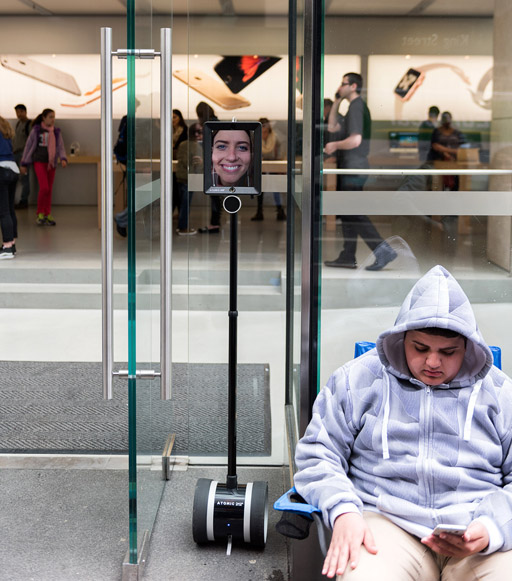