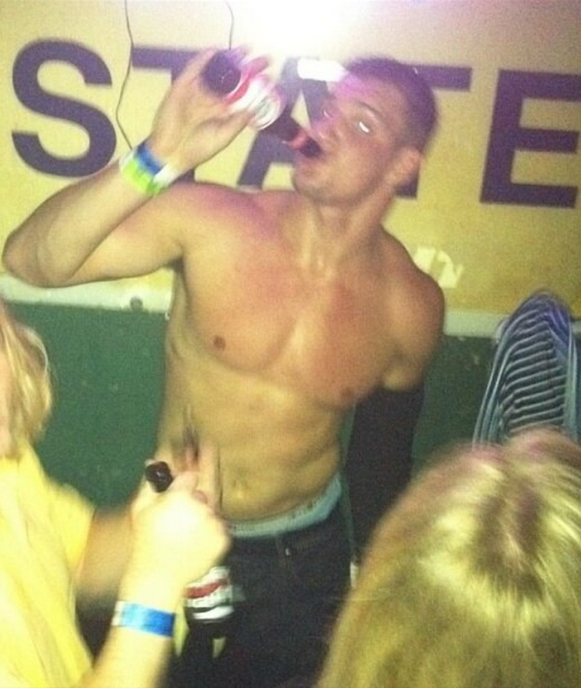 After last year’s loss to the New York Giants, Rob Gronkowski was photographed dancing at the Patriots’ postgame party, and he’s at it again this year in New Orleans.

The Patriots may not have made it to the Super Bowl this year, but Gronkowski’s party antics did. He was photographed shirtless at Bogie’s Bar in Baton Rouge drinking a beer and loving life.

The good news for Patriots fans is that while he may have been missing his shirt, he was wearing his cast on his left arm. Perhaps this is all part of his healing process and if it is, party on, Gronk.