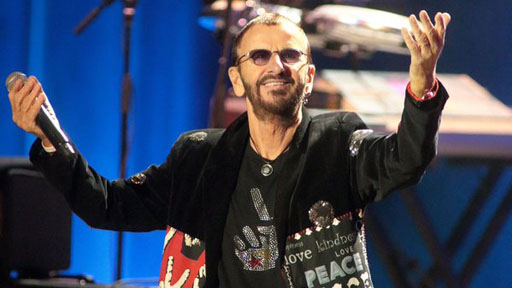 “Ringo Starr cancels his North Carolina performance in opposition to the passing of HB2. Like Bruce Springsteen and other fellow artists, Ringo stands with those fighting against the bigotry of HB2.

“Ringo states, ‘I’m sorry to disappoint my fans in the area, but we need to take a stand against this hatred. Spread peace and love.’ This law opens the door to discrimination everywhere by limiting anti-discrimination laws against people based on their sexual orientation or gender identity.

“Ringo adds, ‘How sad that they feel that this group of people cannot be defended.’ He asks that we all support organizations that are fighting to overturn this law in whatever way we can.

“As Canned Heat sang, ‘let’s work together,’ and The Beatles said, ‘all you need is love.’”

Bruce Springsteen also recently cancelled a concert in the state in protest of the controversial Public Facilities Privacy and Security Act.

“No other group of North Carolinians faces such a burden,” Springsteen wrote in a statement. “To my mind, it’s an attempt by people who cannot stand the progress our country has made in recognizing the human rights of all of our citizens to overturn that progress.”