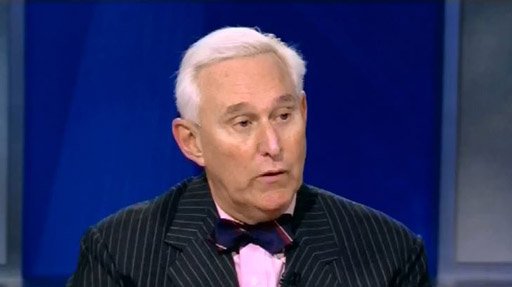 Longtime Trump adviser Roger Stone has vehemently denied having any contact with WikiLeaks leader Julian Assange or prior notice of the document dumps by WikiLeaks that occurred during the 2016 presidential election.

Today, The Washington Post is reporting that Stone told two friends, Sam Nunberg and another associate, that he had learned from Julian Assange that Wikileaks had obtained emails that would torment the Clinton campaign months before the email hack was made public.

In the spring of 2016, longtime political operative Roger Stone had a phone conversation that would later seem prophetic, according to the person on the other end of the line.

Stone, an informal adviser to then-candidate Donald Trump, said he had learned from WikiLeaks founder Julian Assange that his organization had obtained emails that would torment senior Democrats such as John Podesta, then campaign chairman for Democratic presidential candidate Hillary Clinton.

The conversation occurred before it was publicly known that hackers had obtained the emails of Podesta and of the Democratic National Committee, documents that WikiLeaks released in late July and October. The U.S. intelligence community later concluded the hackers were working for Russia.

The person, who spoke to The Washington Post on the condition of anonymity because of the ongoing federal investigation into Russian campaign interference, is one of two Stone associates who say Stone claimed to have had contact with Assange in 2016.

The second, former Trump adviser Sam Nunberg, said in an interview Monday that Stone told him that he had met with Assange — a conversation Nunberg said investigators for special counsel Robert S. Mueller III recently asked him to describe.

Meanwhile, the Republican-led House Intelligence Committee announced it was closing it’s investigation into Russian interference in the 2016 election just yesterday.

Wow, what a coincidence that the House GOP’s perfunctory declaration the the Team Trump didn’t collide w/Russia comes out hours before the WashPost reports Roger Stone, Trump’s longtime political adviser, told two people he talked w/Assange before the Podesta emails were released

This is extremely serious if proven, as it speaks directly to the deliberate collusion question. If Stone was aware of Russian hacking/Wikileaks documents, it’s hard to imagine he didn’t tell people in Trump world. And there’s a lot of evidence Stone knew. https://t.co/t8PWYIGsuk

If it’s not immediately obvious, this is ‘collusion’. Straight up dirty tricks, to traffic in hacked material from a foreign source to influence an election. Roger Stone was an advisor to Donald’s campaign. https://t.co/OmK26dhiJ1