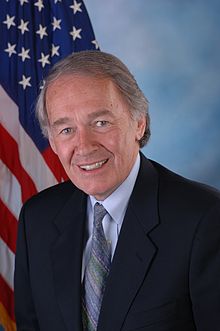 Eighteen-term US House Rep. Ed Markey (D-MA) has won the special election to replace John Kerry in the Senate.

Markey beat Republican businessman Gabriel E. Gomez today in a special election for US Senate in Massachusetts that was marked by its brevity and by low voter interest.

Markey had 55 percent of the votes, compared with 45 percent for Gomez, with 99 percent of precincts reporting.