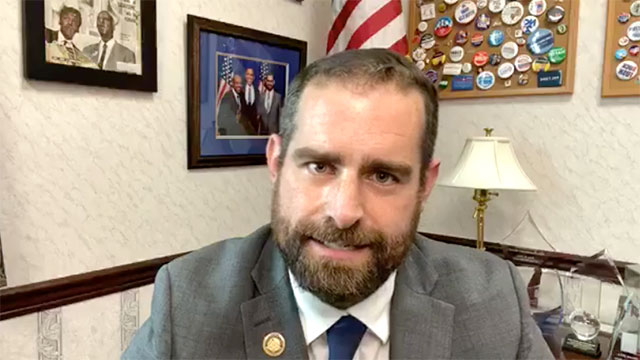 Sims says House Republicans called for in-person committee meetings to argue that business sectors were safe to reopen even as they knew they had been exposed to the virus.

“Every single day of this crisis this State Government Committee in Pennsylvania has met so that their members could line up one after one after one and explain that it was safe to go back to work,” said Sims during his. “During that time period they were testing positive. They were notifying one another. And they didn’t notify us.”

“I never ever, ever knew that the Republican leadership of this state would put so many of us at risk for partisanship to cover up a lie,” he said during the nearly 12-minute tirade. “And that lie is that we’re all safe from COVID.”

Rep. Andrew Lewis, R-Dauphin, said in a Facebook Live address Wednesday night, hours after he publicly announced he had tested positive, that he informed as few people as possible about contracting the coronavirus because he wanted to protect the privacy of those around him and because he was only in close quarters with a handful of house colleagues.

Sims shares in the video that he donated a kidney in January and so he currently has a compromised immune system making him more susceptible to the coronavirus.

Sims is demanding an investigation into how the notification about the diagnosis was handled. He’s also called for Speaker of the House Mike Turzai to resign.