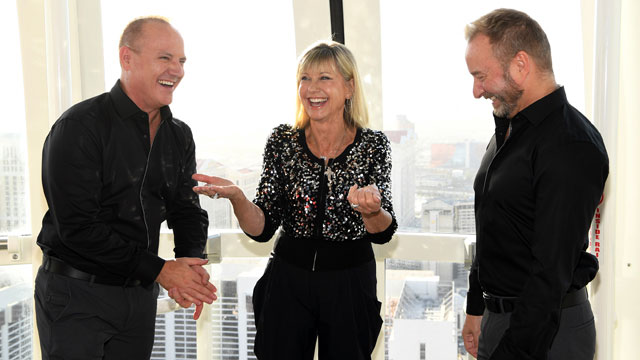 Laughing with Olivia Newton-John as we renew our wedding vows (photos: Denise Truscello)

Earlier today, I shared that hot hubby Michael and I are celebrating 26 years together. In ‘gay years’ I figure that comes out to around 175 years.

Last year for our 25th anniversary, this cool thing happened. So, I wanted to share my post from a year ago when “that thing that happened happened.”

For folks who aren’t regular readers of The Randy Report, here’s some background.

Michael and I met on October 17, 1994, in Minneapolis at Prince’s Paisley Park Studios. I was in the pre-Broadway tour of Carol Channing’s last appearance in Hello, Dolly!, and my future husband-to-be was the VP of publicity of marketing & publicity for the record label that was recording our cast recording.

I’ll cut to the chase and say it was love at first sight (“Some enchanted evening, you will see a stranger…”). A year later, at the show’s opening night celebration on Broadway I gave him a ring.

I guess you could call that an ‘engagement,’ but marriage equality was nowhere on the horizon then. Exchanging rings and commitment ceremonies were the best we could do back then.

Fast forward to 2003, I’m on tour with Chicago the Musical and we’re heading to Toronto. Michael had never been there, so he was coming out to visit.

The law had just changed and same-sex couples could get married in Ontario. Mind you, we still didn’t have any marriage equality in the U.S.

I asked Michael over the phone, “Hey, you want to get married?”

I know, I know, soooo romantic.

See, the thing is, we never planned on getting married because we never thought we’d be able to. We knew we wanted to, but our emotions had to catch up to us.

On October 17, 2003, Senior Justice Lauren Marshall married us in her chambers at Toronto’s City Hall. I’ve often joked that we stick with the October 17 date because I used to be blond and can’t remember too many different dates. 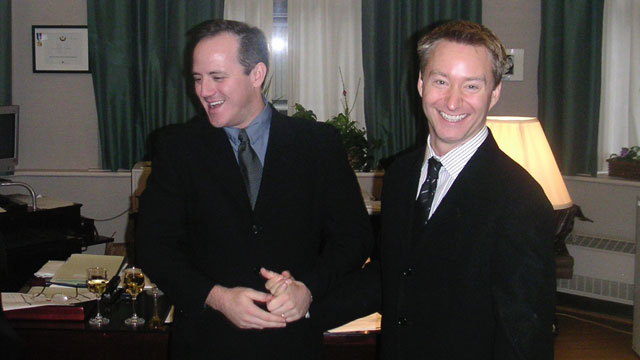 Getting married in Toronto in 2003

It was just Michael and me – no family or big to-do. But it was perfect for me. It really was all I needed.

After all, these things really are about the couple exchanging vows. And I can honestly say it was one of the most deeply emotional moments of my life.

Prop 8, which would take same-sex marriage away from LGBTQs, is about to pass in California after the state embraced marriage equality for six months.

Gay and lesbian couples were rushing to Palm Springs before the vote to get hitched.

We’d always wanted an American marriage license, so on October 17, 2008, we were married again by Mayor Pro Tem Ginny Foat at City Hall amid dozens of couples exchanging vows in offices, city council chambers or any corner of the building by city council members and the mayor. 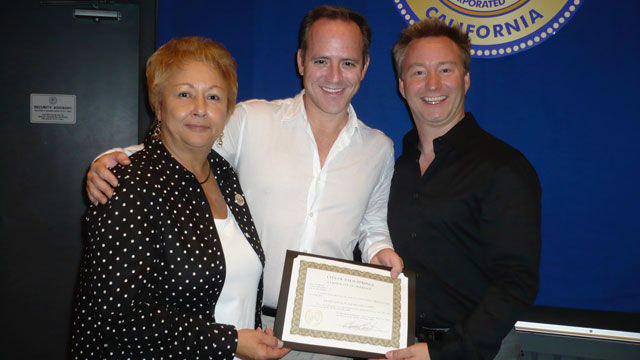 Our second city hall wedding, this time in Palm Springs

As Michael and I approached our 25th anniversary of being together (technically our 16th wedding anniversary) we pondered what we might do. Since our two weddings had been City Hall affairs, we felt a silver anniversary might be the time to finally do something with friends and family.

Michael is a successful publicist in entertainment, and one of his longtime clients – and a dear friend of ours – is international pop star, Olivia Newton-John. Olivia, who is licensed to officiate weddings, has often said she’d have liked to marry us.

She was planning a trip to Las Vegas around this time and Michael asked if we might ‘do the deed’ together at last. Liv immediately said she was up for it.

We weren’t really looking for a huge event. We decided to renew our vows on the High Roller – a slow-moving Ferris wheel type attraction on the Las Vegas Strip that takes 30 minutes to revolve, taking you high into the sky to see the sights of Sin City.

We also asked Las Vegas headliners Human Nature (one of Australia’s biggest music groups) and the men of Chippendales to take part. How very Las Vegas this would be.

In total, it would be a group of 25 friends plus Michael’s father attending the half-hour celebration. 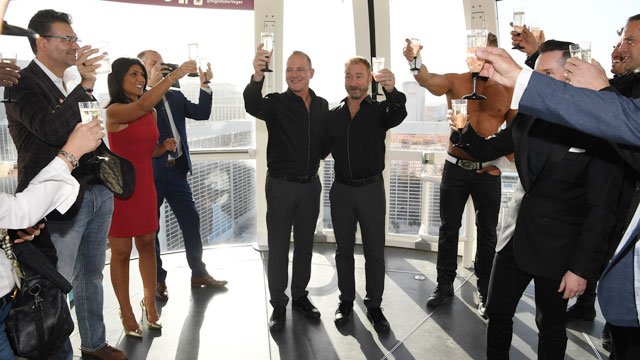 This might be a good time to mention that I didn’t meet my father-in-law for 17 years.

Michael came out to his family in order to share that he’d met and fallen in love with me back in the mid-90s. I’ll keep it short by saying the news didn’t go over well.

In that Michael had just come out, friends at the time told us, “Give them time – this is new to them.” Sure, I get that.

While his mother came to visit in Los Angeles after a couple of years, his father wasn’t feeling it, and we just never met.

Until 2011, when Olivia had a concert scheduled near where the parents lived. They loved meeting and seeing her, and it was going to be Michael’s birthday at that time. They asked Michael if they could attend the show but the only snag was Olivia had already asked if I was going to come to the concert.

Michael told his parents that I would be there, and the in-laws were like, “Ok, we can meet at the show.”

It was the one time I was firm – not crunchy, but firm. No, after waiting 17 years I would not meet my father-in-law as we take our seats and the lights go down in a theater. I asked to at least have dinner the night before like real people.

I jokingly told Michael, “And I might wear a dress!”

Short version – we met, had dinner and all was fine. No one ever addressed the 17-year gap, but I let it go.

In 2019, my mother-in-law passed away after a year-long battle with cancer. When Michael mentioned the upcoming 25th-anniversary idea, his father, Lou, said he wanted to attend.

“It’s what your mother would have wanted.”

So, here we are on the big day – our group of 25 gets on board the High Roller and off we go! 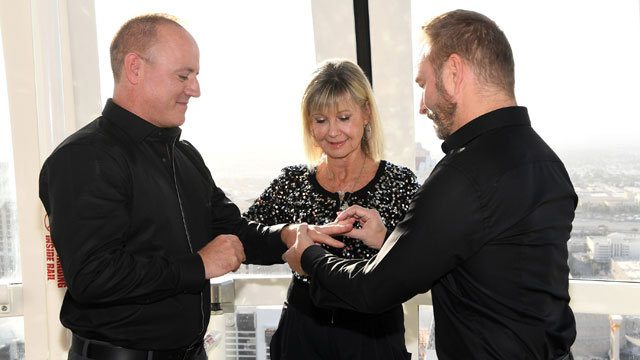 Exchanging rings as Olivia pronounces us Husband and Husband

We share the story of our past weddings sans friends and family. Olivia speaks about our relationship and surprises us by singing “Some Enchanted Evening” which I had shared with her was my go-to in explaining to people how I knew Michael was ‘the one.’

Human Nature sang a gorgeous mash-up of Ed Sheeran’s “Perfect” with the Motown classic “Earth Angel.” Michael and I wrote and exchanged vows. Two of the hunky Chippendales handled ring duties right before Olivia proudly declared us ‘Husband and Husband,’ and there was a champagne toast.

But before we could toast, Lou asked if he could say something.

Stepping in between Michael and I, Lou told the group, “I have three sons, I have three grandsons, and I’m proud to say I have a son-in-law.” 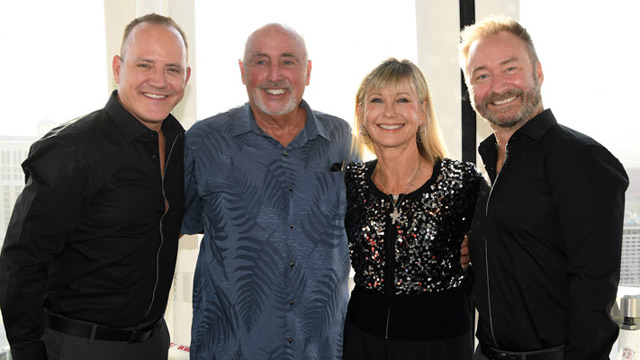 Michael, his father, Olivia and me

Michael and I were surprised and deeply moved. Olivia, and several friends who knew the history, silently acknowledged what a moment it was.

It might have taken 25 years but we’d arrived at this place.

Olivia told me later she spoke to Lou about it and he told her, “You know, sometimes you have something you want to say, but you don’t know how…”

I wanted to share this little tale as it really taught me people CAN get there. It may take longer than you want, but don’t give up.

The celebration ended with a small reception at a nearby restaurant that overlooked the High Roller, then we took in Human Nature’s fantastic show at the Venetian Resort.

My younger gay self would have never imagined I would one day celebrate my marriage with international pop stars like Olivia Newton-John and Human Nature along with the hunky Chippendales high above Las Vegas. 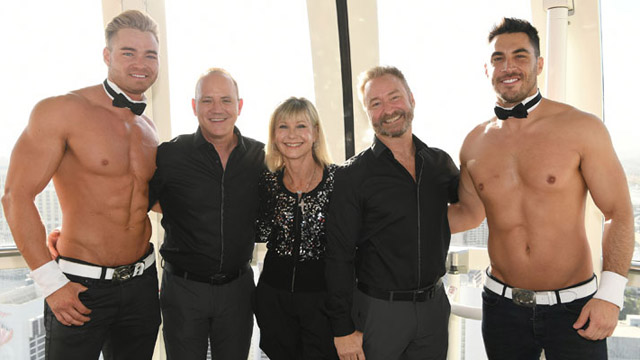 With Olivia and Jon Howes & Chaz Vorrias of the Chippendales

It was a great day topped off by a momentous statement I didn’t really realize I needed to hear. But I’m oh-so-glad I did.

One other thing we learned is that when it comes to renewing vows, there’s really no right or wrong way to do it. I searched the internet, and while there are useful guidelines/scripts to tell you what steps to take in a wedding ceremony, the overwhelming advice regarding the renewal of vows is “Make it up!”

So, this was how we did it, and it was really fun 🙂 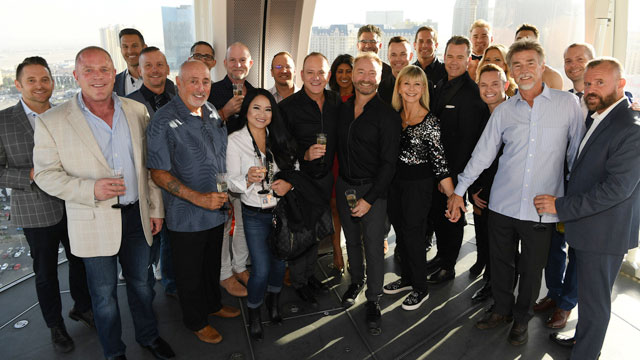 The celebration party on the High Roller in Las Vegas

Since so many of our friends are in the news and entertainment fields, our ‘very Vegas’ celebration made the news here both on TV and the local newspaper.

Our dear friend Javi Morgado, executive producer for CNN’s New Day, surprised us by taking some video of the ceremony. It’s good to have a great newsman around, don’t you know?

In the video, I tell the story of how we’d never done this with friends (I speak rather quickly as I knew we had to get it all done in 30 minutes), Olivia speaks at the 2:50 mark, and Human Nature sings “Perfect/Earth Angel” at the 7:00 mark. 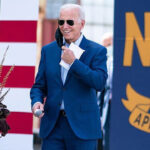 Biden Campaign: Do Not Rely On Polls, Do Not Become 'Complacent' #VOTE 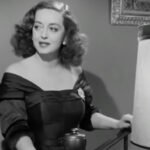 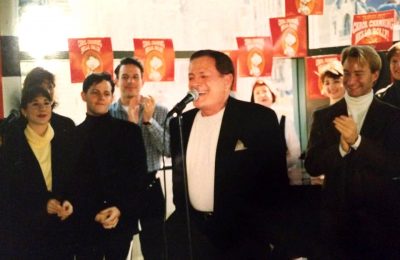 When Jerry Herman & “Dolly Levi” Worked Their Magic Into My Life 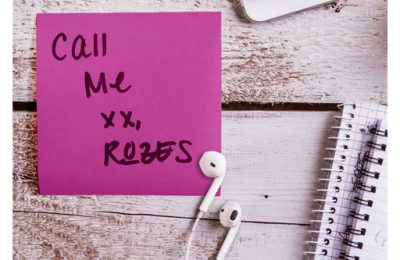 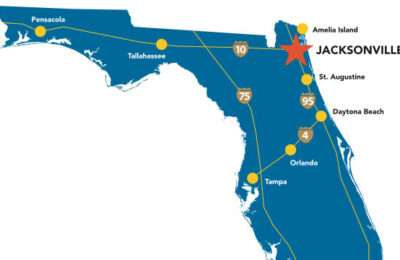