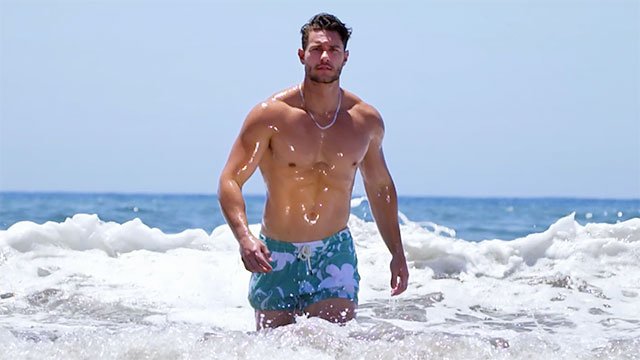 During the Season 5 premiere of MTV’s Ex On The Beach, reality TV hunk David Barta comes out as pansexual.

For those who haven’t caught the series, the show brings together a round-up of reality stars who say they are “looking for love” but along the way they get blindsided by their exes showing up.

During a group dinner, Barta (who was previously seen on Paradise Hotel) was asked why he thinks he was taking part in the show.

Everybody meet David! 🏖️ LOOKS can DEFINITELY be DECIEVING! 👀 He may look like a BEAST but he's always down for a cuddle as the little spoon.🥄 #ExOnTheBeach pic.twitter.com/qkfdfLdzF9

“I think I’m here definitely to get to know myself better and accept myself more,” Barta shared. “A big thing that has been going on for me, behind closed doors, in the past year and a half or so, has been my sexuality.”

“Talking to guys is still pretty new for me,” he explained regarding his journey to figure out where he is on the sexuality spectrum. “I’ve been interested in men for years now, I just haven’t been honest with myself.”

He added that he hopes he can “just find the right guy or girl” to love him as he is. 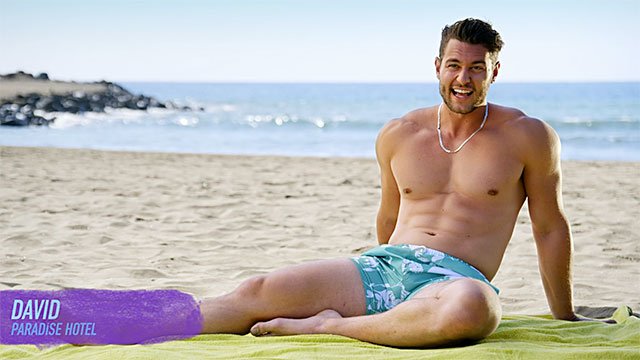 “Pansexual: relating to, or characterized by sexual or romantic attraction that is not limited to people of a particular gender identity or sexual orientation.”

“Per Merriam-Webster Dictionary, this is part of what and who I am. My sexuality does not define me but it is definitely part of who I am. Over the last two years, I’ve come to the realization that I am not a straight man.”

The California-based fitness trainer added that he’s spent “countless nights” wondering “What am I?” or “What are people going to think?”

He also shared that he grew up in a conservative Baptist Christian household which made coming out to his family pretty tough.  As time has passed, however, he and his family moved through the friction and he feels “we love each other more than ever” today.

He also isn’t one for labels writing, “Call it Pansexual, call it Bisexual, call it Sexually Fluid (my preference), or all of the above. It’s me. Above all these titles, I’m just David. I’m still the same exact person, just a little more honest and open to what life has in store for me.”

He signed the post “Love, Big Tasty” with the hashtags #comingout #comingoutstory

And Barta isn’t the only LGBTQ representation in this season of Ex On The Beach.

In fact, there are early indications Barta may have set his sights on Mulderrig. During a one-on-one chat, the duo were clearly comfortable with each other physically. And the quick scene ended with Barta leaning in for some serious lip-lock.

Plus, the two have already shared a pic on both of their Instagram accounts with Barta piggyback on Mulderrig. Mulderrig shared the caption, “I ship it.”

Tune in to MTV’s Ex On The Beach on Thursdays at 8/7C to see how all the possibilities shake out.