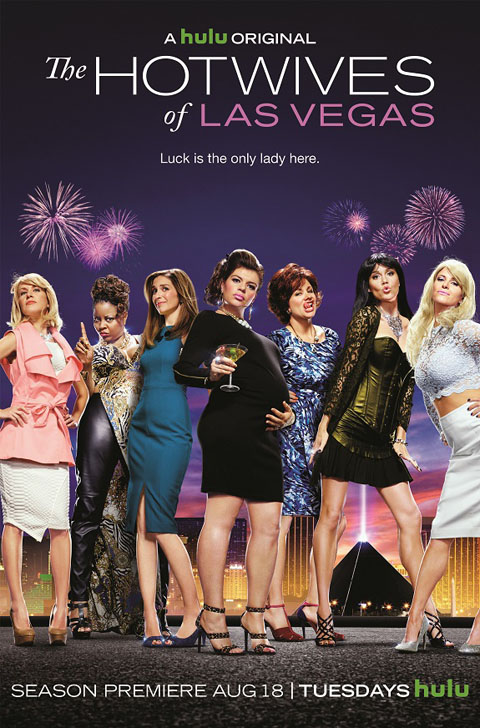 Hulu’s scripted parody series based on the “Real Houswives” franchises returns for a second season after the initial season’s “The Hotwives of Orlando.”

Season 2 follows Phe Phe Reed (Tymberlee Hill) as she makes the move from Florida to Las Vegas, and thus we will now have “The Hotwives of Las Vegas.” The series features satirized versions of popular “Housewives” prototypes.

Watch the preview at Hulu (it’s set at autoplay and I know you folks hate that) and look for the new season to begin August 18th.