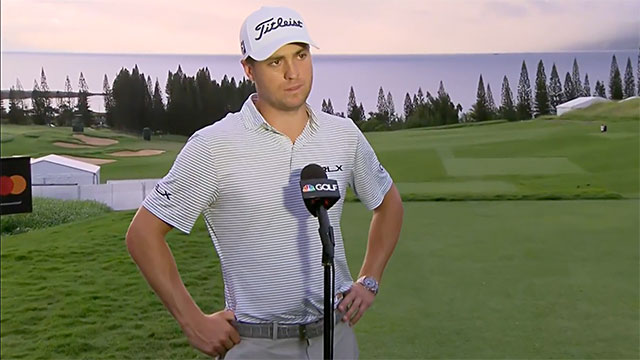 The Ralph Lauren Corporation has announced an end to their 7-year sponsorship of pro golfer Justin Thomas less than a week after Thomas was heard using the word ‘faggot’ after missing a putt at the Sentry Tournament of Champions in Hawaii.

The remark occurred after Thomas attempted a five-foot putt at the fourth hole when his shot went astray. He could clearly be heard saying “fa**ot” in frustration.

Big fan, not a great look.

Are we gonna apologize for the language here @JustinThomas34 @PGATOUR ? pic.twitter.com/QvIYdOv7F9

Upon finishing the round, Thomas was informed his remark had been picked up by the TV microphones. He was apparently unaware he’d even used the word.

The Golf Channel spoke to Thomas, currently ranked #3 in the world, about the remark and he immediately expressed his regret for using the word.

“It’s inexcusable – first off I just apologize,” said Thomas. “There’s no excuse. I’m an adult, a grown man. There’s absolutely no reason for me to say anything like that. It’s terrible. I’m extremely embarrassed. It’s not who I am. It’s not the kind of person that I am. Unfortunately I did it and I have to own up to it.”

“I found out when I got done with my round…it’s bad,” he added. “There’s no other way to put it. I need to do better.”

“I deeply apologize to everybody and anybody who I offended and I’ll be better because of it.”

The next day, Thomas finished the tournament in third place banking a $490,000 payday.

Apology aside, Ralph Lauren Corporation announced on Friday they were “disheartened” by the incident and distanced themselves from Thomas saying the use of the slur is “entirely inconsistent with our values.”

The full statement from the Ralph Lauren Corporation:

At the Ralph Lauren Corporation, we believe in the dignity of all people, regardless of age, race, gender identity, ethnicity, political affiliation or sexual orientation. This is part of our longstanding commitment to foster cultures of belonging – in the workplace and in communities around the world.

We are disheartened by Mr. Thomas’s recent language, which is entirely inconsistent with our values. While we acknowledge that he has apologized and recognizes the severity of his words, he is a paid ambassador of our brand and his actions conflict with the inclusive culture that we strive to uphold.

In reflecting on the responsibility we have to all of our stakeholders, we have decided to discontinue our sponsorship of Mr. Thomas at this time. As we make this decision, our hope is that Mr. Thomas does the hard and necessary work in order to partner with us again – truly examining this incident, learning, growing and ultimately using his platform to promote inclusion.

In 2016, Reddy qualified at the age of 23 to play on the Symetra Tour – the LPGA’s developmental tour – but decided to walk away from the sport due to incidents of discrimination and a lack of inclusivity in the culture of professional golf.

“I had tournament directors on mini-tours say xenophobic, racist, and homophobic things to me on the first tee, in the guise of a joke,” explained Reddy.

“I’m kind of in two minds about it,” said Reddy about the Thomas incident. “I think the fact that he apologised about it so quickly and with force, saying that this wasn’t OK and that he should do better, is really important because he acknowledges the harm that using that specific slur causes.

“I think the PGA Tour saying that it wasn’t OK and acknowledging the harm it causes is also very important,” she added. “That being said, what is frustrating for me and many who watched this play out, was that it was so easy for him to jump to that word.”