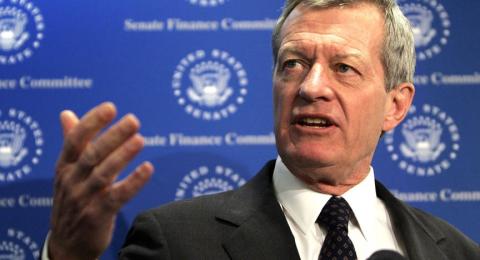 “In Montana, we believe in personal freedom. We believe the government shouldn’t interfere in the people’s private business. That’s why I agreed to co-sponsor efforts to repeal the Defense of Marriage Act.

“There are more than 1,000 rights and obligations the federal government grants to married couples that same-sex couples are denied. It’s time to end marriage discrimination which is why I supported overturning the Defense of Marriage Act. Simply put: the federal government should not be interfering in the personal decision of who an adult chooses as a partner.

“When it comes to the workplace, it is unacceptable for anyone to be fired simply because of their sexual orientation.

“ENDA will help protect workers from this type of discrimination and I look forward to moving forward on this legislation in the Senate as soon as possible.

“Members of the LGBT community are our neighbors, brothers, sisters and friends. They are community leaders who bring the kind of diversity to our nation that makes it strong.

“We all have a role in making sure that Pride Month is not just something we check off on the calendar. ‘Life, Liberty and the pursuit of Happiness’ for all Americans is what we are called to strive for every day of the year.”