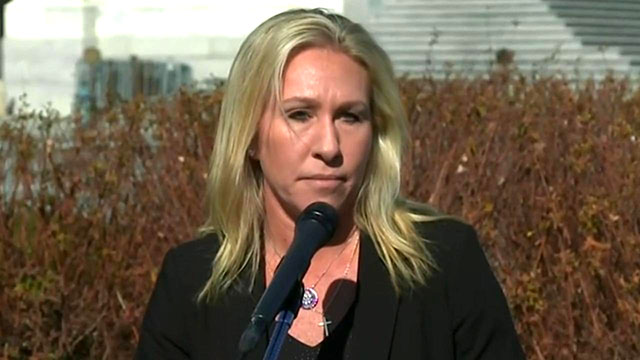 Far-right Rep. Majorie Taylor Greene has become the first member of Congress to be permanently banned from Twitter after repeatedly violating the social media platform’s rules on COVID misinformation.

Gee, who didn’t see this coming…? 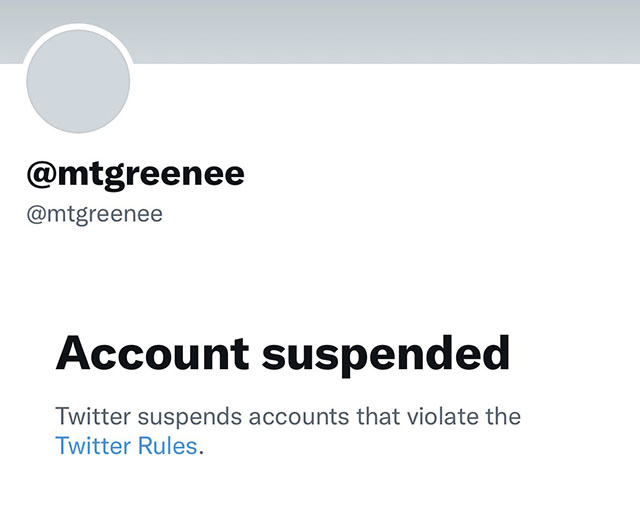 The final straw came on New Year’s Day as Greene posted a series of 17 tweets mocking the idea that employers are asking for regular testing for unvaccinated people,  and that sending unvaxxed people who test positive home from work is ludicrous.

She closed her rant with the lie that “Doctors are refusing to treat sick or injured people if they aren’t Covid vaxxed.”

This is the fifth time she’s been suspended under Twitter’s misinformation policy. Her previous violations caused her to lose access to the account for between 12 hours and seven days.

Over the past year, Greene has posted numerous false tweets claiming COVID vaccines were “failing” and only obese or senior folks were in danger from the coronavirus.

“We’ve been clear that, per our strike system for this policy, we will permanently suspend accounts for repeated violations of the policy,” said Twitter in a statement.

Over on the far-right social media platform Telegram, Ms. Greene said that Twitter “is an enemy to America and can’t handle the truth.”

In March, Greene was stripped of her committee assignments in Congress after continually spreading conspiracy theories and racist dogma. 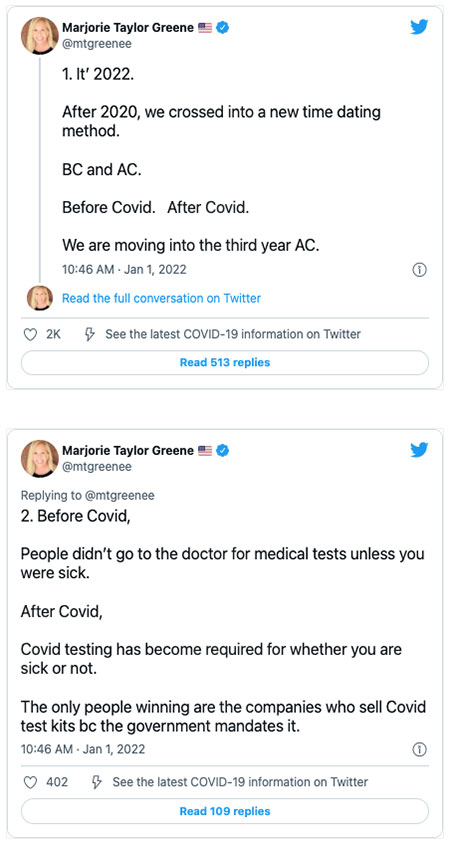