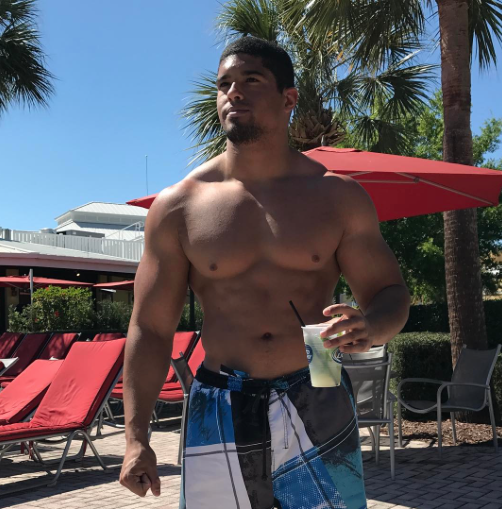 Hunky pro wrestler Anthony Bowen prepped himself for some sort of backlash from the wrestling world when he came out as bisexual earlier this year.

He’s since called the support and good will he experienced coming out as “overwhelming.”

“I was getting messages from literally around the world thanking me,” Bowens recalled, “Saying I was an inspiration.”

What he didn’t expect was to find himself in a debate that questions bisexuality in general.

As he read posts and comments across social media, he was surprised to discover the stigma that questions whether bisexuality is just a cover for gays who aren’t ready to come out completely.

“I thought there would be more negativity around the stigma of [a pro wrestler] being part of the LGBT community, but the negativity came more from people getting in arguments over bisexuality,” he recently shared on the Party Foul Radio podcast with Pollo and Pearl.

“You can date a dude or marry a dude and be with him the rest of your life, and that doesn’t change the attraction. The stimulation doesn’t change,” he said. “That’s the reason why it’s LGBTQ—lesbian, bisexual…The LGBTQ community comes in all shapes and sizes.”

Here’s the last one for the week! More coming next week! Photo credit: @coquichuloimages
A post shared by Anthony Bowens (@bowens_official) on Aug 2, 2017 at 3:41pm PDT

Posted this on Twitter and forgot to post here! Here is the next shot, also one of my favorites! Photo Cred: @coquichuloimages
A post shared by Anthony Bowens (@bowens_official) on Aug 6, 2017 at 11:46am PDT