Billboard recording artist and Broadway veteran Matt Zarley has received critical acclaim as an out LGBTQ artist for years. This Pride Month I’m pausing to take a listen to his award-winning, show-stopping single, “Change Begins With Me.”

It’s worth noting Zarley was never closeted as an artist. Long before it was considered ‘brave’ decided to come out, Zarley proudly took center stage – no mask, no hiding.

In a recent Instagram post in honor of Pride Month, he wrote: “When I released my very first recording in 2002, I was out. I have always been out. I was out when some called it brave and a risk to be. I was just me.”

With his uplifting music video, “Change Begins With Me,” Zarley scored the 2012 OUTmusic Single of the Year. He also picked up Album of the Year that year.

I never grow tired of this.

By the way, this week marked the 20th anniversary of Matt Zarley becoming the first-ever out gay man to be included in PEOPLE Magazine’s ‘Hottest Bachelor’ issue. 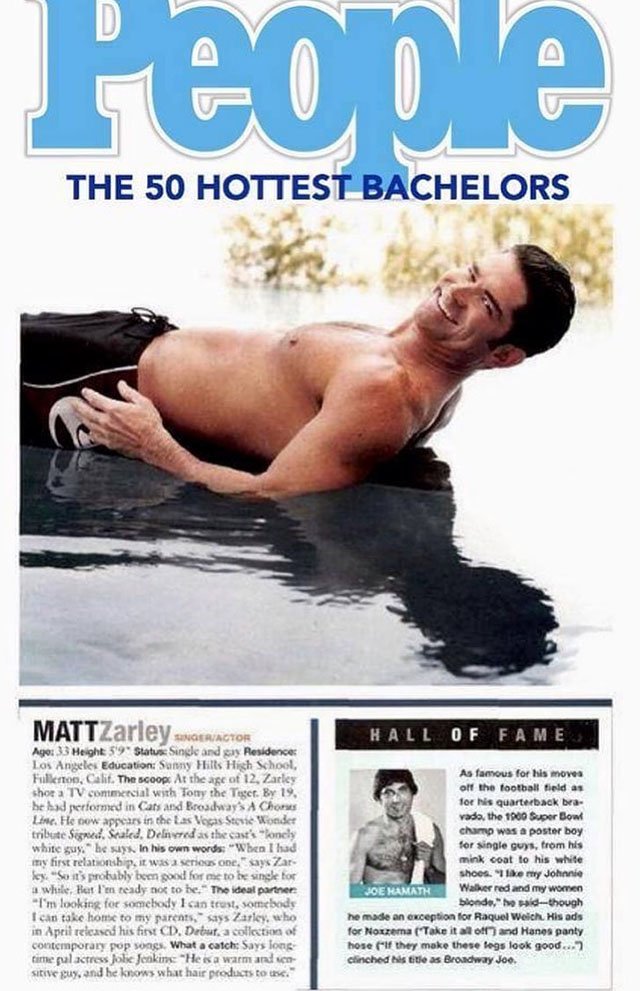