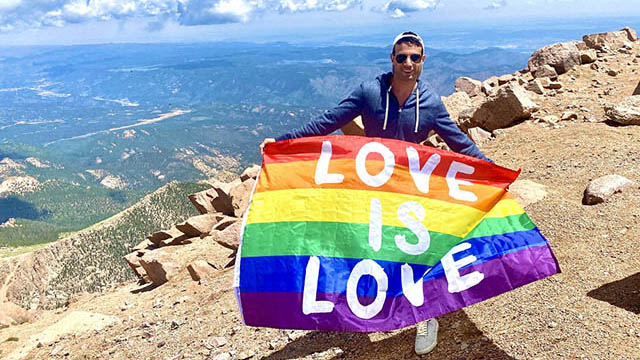 Out travel blogger Joey Amato reports on his extensive trip to Colorado Springs where he explored the U.S. Olympic & Paralympic Museum, Cheyenne Mountain Zoo, the Garden of the Gods Resort as well as the best places to eat, drink, and refresh yourself.

The 60,000 square-foot facility focuses on the core values of the Olympic and Paralympic movements: friendship, respect and excellence, determination, equality, inspiration, and courage. The museum was voted “Best New Attraction” by USA Today and it’s easy to see why.

Visitors enter a grand lobby and take an elevator to the top level of the building where they can view a chronological history of the Olympic and Paralympic torches, medals, and other items. The museum is divided between the summer and winter games and the self-guided tour includes an emotional video highlighting the greatest U.S. Olympic triumphs as well as some struggles Team U.S.A. has faced along the way.

The U.S. Olympic & Paralympic Museum is within walking distance from the new Kinship Landing hotel, so it is well worth the visit. After a morning at the museum, grab a quick bite at the hotel’s restaurant, Home Café + Bar. I ordered the North Park sandwich, consisting of roasted pork, caramelized onions, banana peppers and served with a black garlic aioli. It was a messy, but delicious way to begin my stay at Kinship Landing.

The hotel is meant to be a gathering place. Many spaces in the lobby are designed so guests can mingle and socialize with each other. The hotel gears towards a younger, more adventurous traveler who is looking to make friends and create wonderful memories along the way. This is no way means the hotel skimps on luxury. The bed was probably one of the most comfortable I’ve slept on. 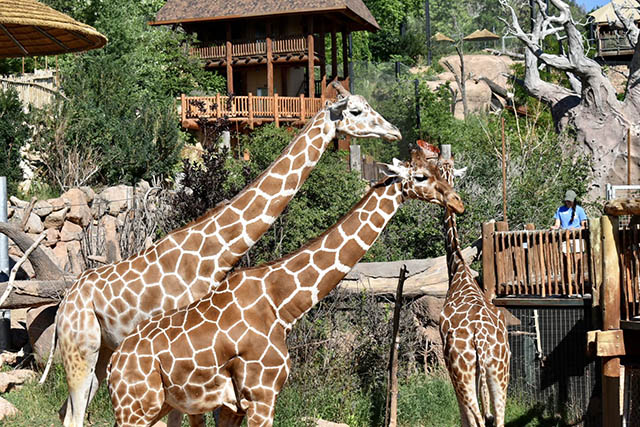 A brief 15-minute ride from the property is the Cheyenne Mountain Zoo, which was recently voted one of the best zoos in the country. While the setting is truly breathtaking, the zoo itself was a bit challenging to navigate. There were a few times my guest and I had to back track and ask zoo staff for directions as some of the exhibits weren’t clearly marked.

Some of my favorite areas of the zoo included the penguin habitat as well as the Australian exhibit. Visitors can also purchase unique experiences including the chance to feed elephants and giraffes.

For dinner, head over to Paravicini’s Italian Bistro, an old-school Italian restaurant located in Old Colorado City, or “OCC” as the locals call it. The restaurant was featured on an episode of Guy Fieri’s Diners, Drive-ins & Dives, and I can now see why Fieri was so in love with this place. The chicken marsala and side of penne Bolognese were prepared to perfection. I wasn’t expecting a great Italian meal in Colorado, but I sure got one.

Colorado Springs is home to two LGBTQ bars, Club Q and ICONS. Although I didn’t have a chance to visit Club Q, I did swing by ICONS, which is located in the heart of downtown. The piano bar is probably one of the best LGBTQ bars I’ve been to in recent memory, not only for the theme, but also the friendliness of the staff and quality of the cocktails.

The venue opened in 2020 and features a talented group of bartenders, who also perform throughout the evening, singing a variety of music from old standards to more recent hits from icons including Whitney Houston and Lady Gaga.

The next part of my trip focused on wellness and nature. I began the morning with an incredible yoga class from Dragonfly Paddle Yoga where we did yoga on a paddleboard in the middle of a lake. Get ready to engage your core muscles for this one, or you will be drenched before class is over. The class meets at the boat ramp of a man-made lake near downtown and paddles to an alcove surrounded by lush trees, with mountains soaring in the background.

At first, I was hesitant to try to stand on the paddleboard, but as time went on, I gained confidence in my yoga skills (or lack thereof) and was able to stand and perform yoga poses on the paddleboard. Some were more challenging than others, but I did get a fabulous workout while enjoying the beautiful surroundings.

After grabbing a light snack and latte from Loyal Coffee located directly across from Kinship Landing, head to the Cog Railway and prepare to ascend to an elevation of over 14,000 feet to the top of Pike’s Peak. The entire journey takes a little over an hour but is well worth it.

The view from Pike’s Peak is spectacular and was said to be the inspiration for the song “America the Beautiful.” The original railway opened in 1891 and was recently restored, making it the highest in the United States and longest cog railway in the world. Bring your camera for this journey!

End your vacation in Colorado Springs with a visit to the Garden of the Gods Resort and Club. Located just 15-minutes from downtown, the resort is positioned on the edge of Garden of the Gods Park and the view is nothing short of extraordinary. Guests can dine on the mesa while watching the sunset over the mountains or wake up early for some sunrise mediation.

As soon as I arrived at the hotel, I went for a walk around the property and was overwhelmed by the sheer beauty of the resort and the park itself. My room featured two queen size beds and an enormous bathroom with walk-in shower and separate soaking tub. I really didn’t spend much time there as I was too busy enjoying the natural wonders.

After a few days spent touring the city, I was most excited about my treatments at STRATA Integrated Wellness and Spa. I began my spa day with Functional Neurology, a complex science which uses signals from the body to reset the brain. The alternative treatment is used to properly align the body’s musculoskeletal structure and restore mobility. It’s like a combination of chiropractic and touch therapy.

Speaking of touch therapy, I had the chance to experience a wonderful treatment in which the therapist used her hands to help treat aches and pains. I wasn’t sure what to expect, but the treatment was quite relaxing and something I would do again. I was able to feel the heat and energy from her hands as she ever so slightly touched problem areas.

My favorite treatment of the day however was the Royal Thai Poultice Massage, an 80-minute experience which combines an organic herbal poultice with Thai stretching, and aromatherapy. How’s that for a day of pampering?

Begin the following morning with Breathwork and Mindfulness on the mesa led by the STRATA’s wellness coach Kelly Stoinski. It’s rare that I have a chance to slow down, especially in the morning, but this was a perfect way to end an incredible visit.

Colorado Springs is a great place for LGBTQ travelers seeking a combination of outdoor adventures as well as city life. While the city itself isn’t as large as its neighbor to the north, it is very walkable, easy to navigate and everything you need to experience is within a 15–20-minute drive from the airport.