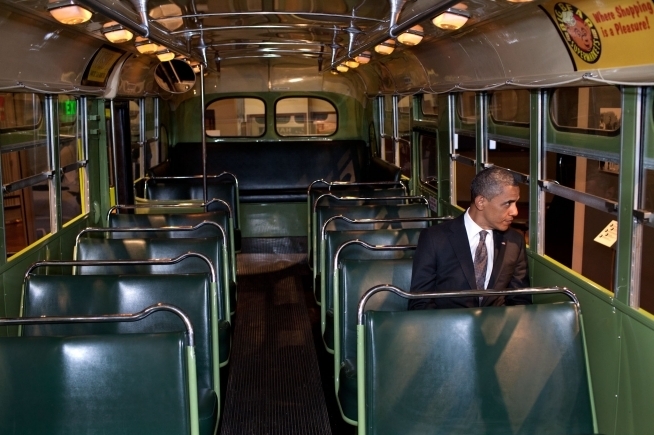 During his trip to Detroit, yesterday, President Obama visited the Henry Ford Museum and had the opportunity to sit in the bus where in 1955 Rosa Parks refused to give up her seat to make way for a white customer. That moment sparked the Montgomery Bus Boycott and fueled the civil rights movement that made it possible for Barack Obama to become president.

Talk about a glimpse into the time and space continuum: from where it all began, to what “could be.”

The picture speaks for itself, but here’s what the President had to say about his visit:

“I just sat in there for a moment and pondered the courage and tenacity that is part of our very recent history, but is also part of that long line of folks who sometimes are nameless, oftentimes didn’t make the history books, but who constantly insisted on their dignity, their share of the American dream.”
(source)