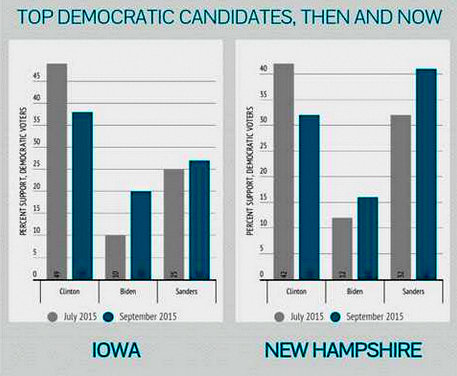 A new NBC News/Marist poll shows how much things have shifted for Hillary Clinton in the race for the Democratic nominee for president.

Over in Iowa, Clinton stays in front but with a lead that’s shrinking. She currently has 38% of likely voters, 11 points over Sanders at 27%.

Of course, the first votes are still four months away…