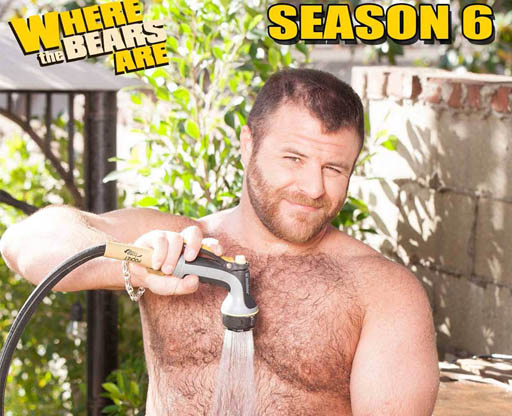 • Hunky Ian Parks of Where The Bears Are chats on the upcoming 6th season of the popular web series.

Where the Bears Are is a comedy/mystery web series that has accumulated over 23 MILLION VIEWS over five seasons and won the “BEST GAY WEB SERIES” award from several LGBT media outlets.

The show – described as a cross between The Golden Girls and Murder She Wrote – features four Bears living in the hills of Silverlake forever finding themselves in the middle of a murder mystery. There’s constant tongue in cheek humor and big, hairy men thrown in for eye candy.

The show has a world-wide fan base and the creators/stars have been flown to Europe, Australia, and Mexico.

Hit the play button below to listen to Ian talk on the new season – click here for more info about Where The Bears Are.

• The Supreme Court u-turns on hearing an important case regarding transgender rights.

• South Dakota earns the dubious distinction of passing the first anti-LGBT law in this legislative session.