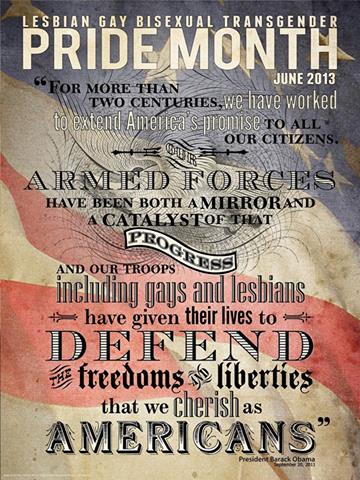 JoeMyGod shares this flyer apparently produced by the Pentagon in anticipation of celebrating our nations’s LGBT soldiers and families. Very, very cool to see.

The text of the flyer reads: “For more than two centuries, we have worked to extend America’s promise to all our citizens.  Our Armed Forces have been both a mirror and a catalyst of that progress.  And our troops, including gays and lesbians, have given their lives to defend the freedoms and liberties that we cherish as Americans. – President Barack Obama, September 20, 2011”