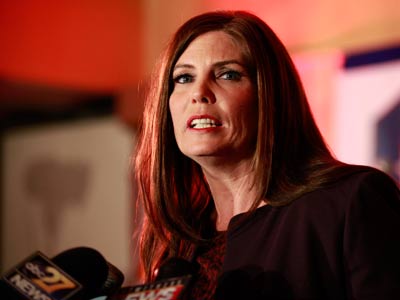 Philly.com is reporting that Attorney General Kathleen Kane is expected to announce Thursday that her office won’t defend the state in a federal lawsuit that challenges Pennsylvania’s ban on gay marriage.

“I cannot ethically defend the constitutionality of Pennsylvania’s (law banning same-sex marriage), where I believe it to be wholly unconstitutional.” – Pennsylvania Attorney General Kathleen Kane

To which openly gay (and handsome) PA Rep. Brian Sims tweeted this: