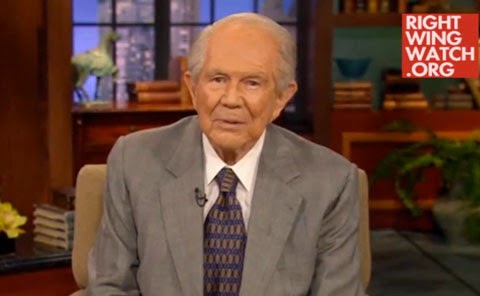 A viewer asks Pat Robertson’s help as her 13 year-old step-son has admitted to developing “crushes on boys.”

Repeating the myth that homosexuality is the result of a lack of parental bonding, Robertson said “his attraction is now toward other men because he’s raised by a woman.”

“I would get him male companions, I’d get him some man to help him, some mentor, someone who cares about young men,” Robertson advised. “He is being raised by a single woman and that is skewing his orientation.”