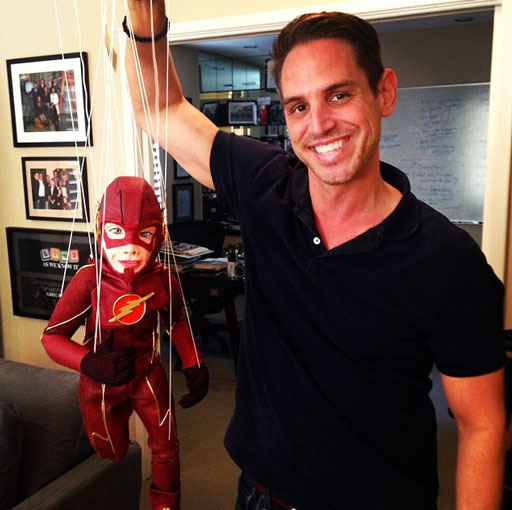 Thanks to a huge new $400 million deal, out producer Greg Berlanti will remain at his TV home, Warner Brothers Television.

Berlanti has signed a four-year contract deal that means he will stay nice and comfy at WB TV through 2024 when he will be a young 51 years-old.

According to The Hollywood Reporter, Berlanti’s new deal is worth $400 million in all-cash guarantees. Berlanti will receive a cash payout for the deal, meaning he no longer will receive points on the backend of his series.

• The CW’s All American, Arrow, Black Lightning, Legends of Tomorrow, The Flash, Riverdale and Supergirl

• CBS’ God Friended Me and The Red Line

• Netflix’s The Chilling Adventures of Sabrina

The deal is exclusively for TV, with Berlanti’s film pact remaining at Fox, for whom he directed the coming-out/coming-of-age flick Love, Simon this year.

Berlanti is married to former professional soccer player, Robbie Rogers. The couple has a son, Caleb.