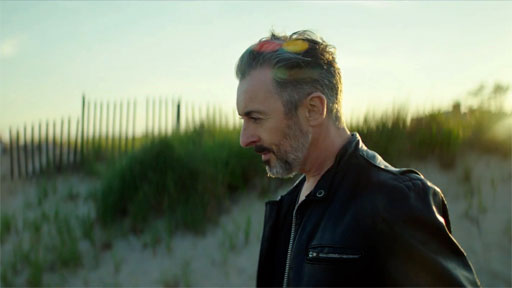 Artist and AIDS activist Vincent Gagliostro’s debut feature After Louie will premiere on March 30, 2018 in New York City to be followed by a video on demand release across cable, internet and satellite platforms.

They develop an intergenerational relationship that reawakens Sam’s artistic soul and reviving his wilted heart.

Beyond the evocative performances and setting, After Louie is a love letter to New York City: engaging its rich backdrop, while honoring the history of the gay rights movement and the progress that’s been made.

Amid the arguments over politics, loss, aging, white privilege and the dark side of gay sexuality, After Louie offers up a pervasively wicked sense of humor and a big, generous, survivor’s heart.

Gagliostro began his professional career as an art director in the worlds of fashion and beauty, creating campaigns for a variety of major brands while working with renowned photographers.

In 1987, Gagliostro became a founding member of ACT UP (The AIDS Coalition to Unleash Power).

In the early 90’s Gagliostro started a quarterly journal titled, XXXFRUIT, which was then commissioned by the Whitney Museum for an online version. At the same time he was the creative director of QW, a New York weekly gay news magazine.

He was a contributing cinematographer for the Oscar nominated documentary, How To Survive a Plague.

“The film’s passion, insights and feeling frequently hit home. A thoughtful contemplation of what it means to be gay today.”
— Sarah Ward, SCREEN DAILY

“After Louie may well be the most important gay movie you will see in your lifetime.”
– John Paul King, LOS ANGELES BLADE