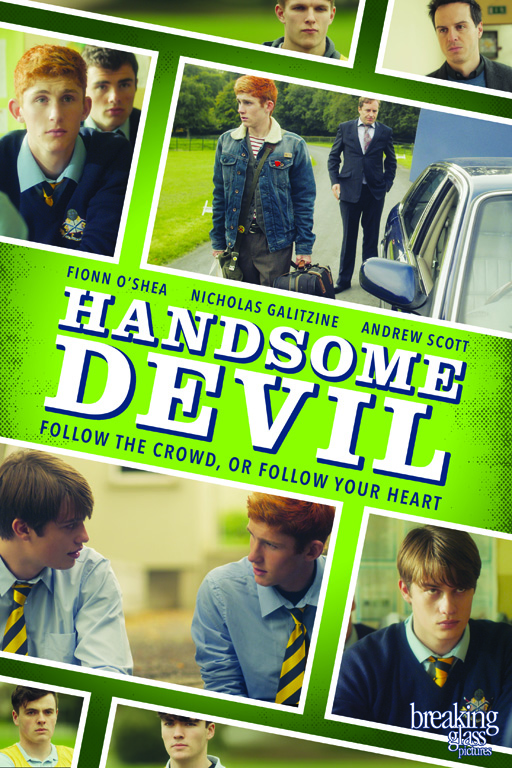 From Breaking Glass Pictures, be sure to check out queer film, Handsome Devil, in limited release today in New York City and Los Angeles, and available OnDemand June 6.

Ned, the bullied outsider, and Conor, the new boy and star athlete, are forced to room together at their boarding school. The boys take an instant dislike to each other, and seem destined to remain enemies until an English teacher, Mr. Sherry, begins to drill into them the value of finding one’s own voice.

This lesson, however, isn’t appreciated by everyone, particularly rugby coach Pascal, who has his own agenda and harbors some deep suspicions about the boys’ teacher.