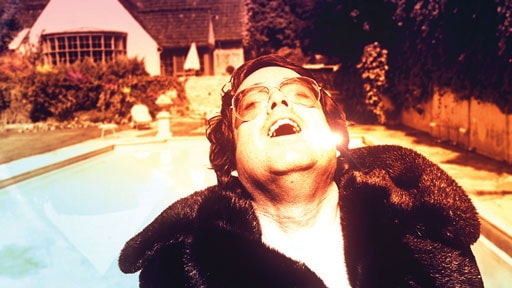 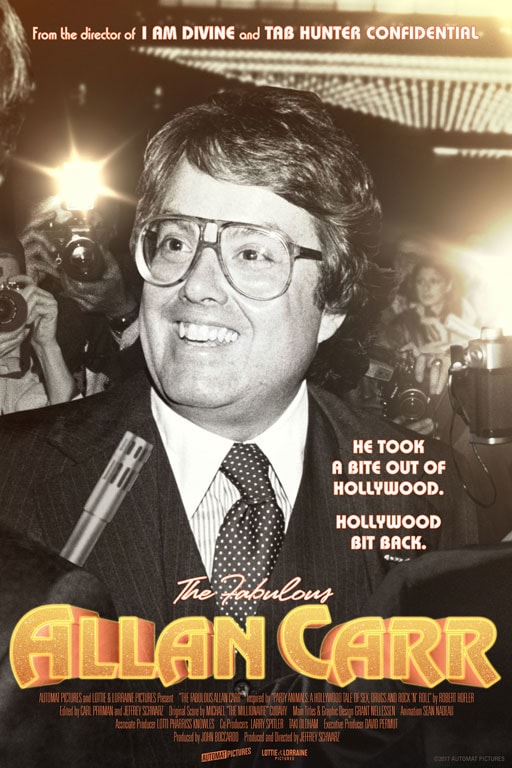 Emmy Award-winning documentarian Jeffrey Schwarz has delivered his latest peek behind the scenes of Hollywood in exploring the life and career of producer Allan Carr, The Fabulous Allan Carr.

The documentary chronicles the enormous successes of Carr (Grease, La Cage Aux Folles) as well as his most infamous disasters (Grease 2, You Can’t Stop The Music, the 1989 Academy Awards Show).

Back in the day when “flamboyant” was as direct as you could be in terms of addressing someone’s homosexuality, Carr boldly lived his life out loud.

Born Allan Solomon (he changed his name to Carr because he rhymed with “star”), Carr moved from his hometown of Chicago to Los Angeles to become a part of the world he had only dreamed of.

Donned in caftans to hide his up-down-and-up again weight gains, the producer/manager threw lavish pool parties at his glamorous mansion entertaining Hollywood A-listers as well as the town’s hottest gays.

His early career consisted of managing celebrities like Marlo Thomas, Ann-Margret, Tony Curtis, Peter Sellers, Rosalind Russell, and Dyan Cannon. Carr was instrumental in helping Ann-Margret shift from young sex kitten into a full-fledged star on the Las Vegas Strip as well as taking on roles in movies like Tommy and Carnal Knowledge, for which she would be nominated for an Oscar.

After working in a promotional capacity on films Tommy and Saturday Night Fever with producer Robert Stigwood, Carr moved into full-on producing with a pet project that would put him on the Hollywood map, the massively successful film adaptation of the Broadway musical Grease. 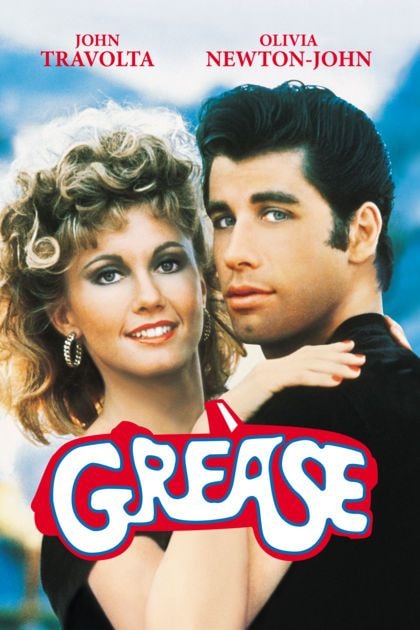 Starring up-and-coming John Travolta, who was known at the time for his turn on TV’s Welcome Back Kotter, and Grammy Award winning pop star Olivia Newton-John, the musical film became Carr’s ticket to the big time.

To this day the film – which is the highest grossing movie musical of all time – continues airing on some network somewhere at any given time of day, and is celebrating it’s 40 anniversary this year.

Unfortunately, he followed that enormous triumph with the late-to-the-disco-party musical film, You Can’t Stop The Music. Meant as a vehicle to introduce The Village People to the world, the 1980 film, which starred Steve Guttenberg, Valerie Perrine and Bruce (now Caitlyn) Jenner, was a major misfire that was ripped by critics and avoided by movie-goers. 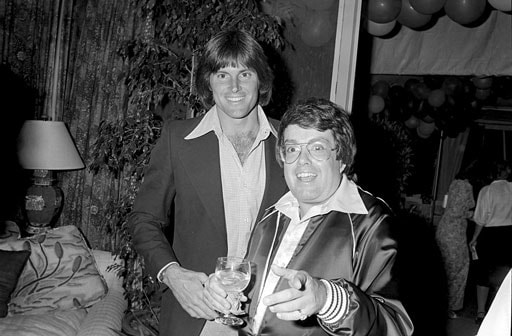 Carr shifted back to more familiar terrain in 1982 with the Michelle Pfeiffer/Maxwell Caulfield tuner Grease 2, which also failed at the box office although it has carried on as a camp classic.

Then came redemption as Carr produced the smash Broadway musical La Cage Aux Folles in 1983. Not only did the show win six Tony Awards (including one for Carr as producer of the “Best Musical”) but it brought him some of the “respectability” he had always craved. And in true Carr style, the show gave Broadway its first-ever openly gay musical love story.

While most remember the opening number, Schwarz makes a point to give credit to Carr for two lasting changes at the Oscars.

It was Carr who came up with the new announcement “and the Oscar goes to…” instead of “the winner is.”

And he is credited with creating the now-show-biz-standard release approach of opening a film the last month of the year in one theater in Los Angeles and one theater in New York City to create Oscar buzz.

But the Academy Awards debacle and criticism hurt Carr deeply, and he became something of a recluse after that. He did manage to have a last hurrah attending the 20th anniversary of Grease re-release in 1998 before succumbing to cancer in 1999 at the age of 62.

The documentary rightly makes a point to highlight Carr’s self-promotional skills as he was one of the first producers to make himself a celebrity of sorts. Rarely had a Hollywood producer appeared on so many of the top talk shows of the day before Carr.

Like his earlier documentaries I Am Divine and Tab Hunter: Confidential, this should be required viewing for the gay history alone. Based on the larger-than-life personality along with spectacular hits and notorious misses that touch on so many gay-centric projects (he gave us The Village People, folks), I recommend the film.

Carr himself is a compelling subject in light of his personal over-the-top Hollywood flair, but also his darker, injured moments.

The film is now available via Video-On-Demand. Find more info about the film at the official website.