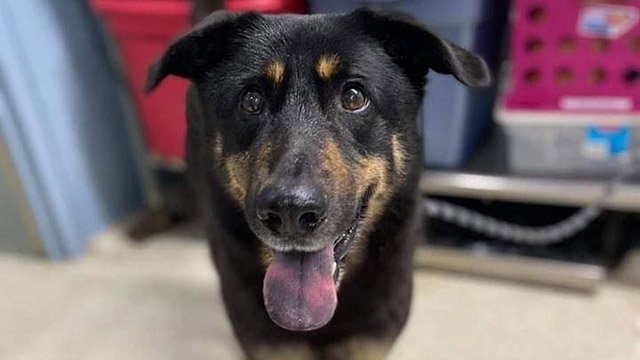 • Spectrum News 1: The so-called ‘gay dog’ who was surrendered because his owner thought he was gay for humping another dog, is “doing really well” in his new home with his new gay family.

• New Music: Closing out Pride month with a bang,  Pale Waves drops their new single, “Jealousy,” an amped-up, anthemic ode to the obsessive.

“Some may see it as ridiculous,” explains out frontwoman Heather Baron-Gracie, “but I love a bit of jealousy – not too much, but just enough… I want jealousy in a relationship because it shows me the person only has eyes for me and me only.” Earlier this month I covered the band’s track, “Reasons To Live.”

• Axios: WNBA star Brittney Griner appeared in court on Monday for a preliminary hearing — four months after she was arrested at a Moscow airport for allegedly bringing drugs into Russia. Her trial is scheduled to begin July 1. Griner’s detention was also extended for another six months

• Mediaite: Rudy Giuliani says a surprise slap on the back by a 39-year-old named Daniel Gill, who reportedly said “Hey, what’s up, scumbag?” could have “killed” him. “It was a very heavy shot. I’m 78 years old, I’m in pretty good shape for a 78-year-old. He could easily have hit me, knocked me to the ground, and killed me.” Check video of the “slap” below. Oh brother…

Video of the “assault” on Rudy at ShopRite, where Rudy had the person arrested, and said if he wasn’t in better shape he would’ve fallen, cracked his skull, and died. pic.twitter.com/EpgSpPu2fk

• Buzzfeed: LGBTQ people and allies formed a human shield to protect children at a Pride Month Family Storytime event at a Texas public library where haters booed and shouted ugly slurs at the kids.

• HuffPost: Jim Obergefell, the lead plaintiff in the Supreme Court case that made marriage equality the law of the land, is appalled after SCOTUS overturned Roe v. Wade last week. “My immediate reaction was anger, and also disgust.”