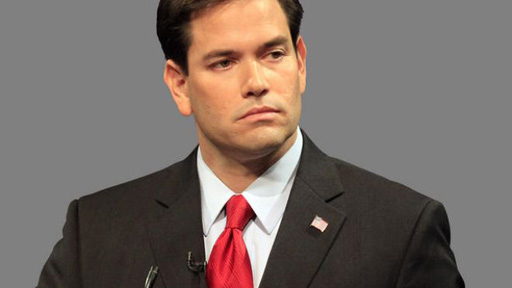 Sen. Marco Rubio recently shared with the Washington Post that he was “frustrated” serving in the U.S. Senate.

Today, the South Florida Sun-Sentinel published an editorial telling Rubio, frustrated or not, he needs to spend more time doing the job Floridians sent him there to do.

Sorry, senator, but Floridians sent you to Washington to do a job. We’ve got serious problems with clogged highways, eroding beaches, flat Social Security checks and people who want to shut down the government.

If you hate your job, senator, follow the honorable lead of House Speaker John Boehner and resign it.

Let us elect someone who wants to be there and earn an honest dollar for an honest day’s work. Don’t leave us without one of our two representatives in the Senate for the next 15 months or so.

You are paid $174,000 per year to represent us, to fight for us, to solve our problems. Plus you take a $10,000 federal subsidy — declined by some in the Senate — to participate in one of the Obamacare health plans, though you are a big critic of Obamacare.

You are ripping us off, senator.

Your job is to represent Floridians in the Senate.

Either do your job, Sen. Rubio, or resign it.

Rubio has missed over 60 Senate votes, in part because he’s busy campaigning for the GOP presidential nomination.

Sen. Bernie Sanders, by comparison, has been campaigning for the Democratic nomination and only missed 10 votes in the Senate.