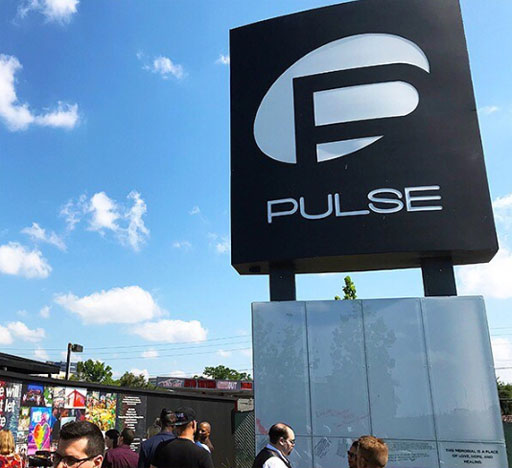 The new interim memorial for the victims and survivors of the Pulse Nightclub shooting was unveiled yesterday in Orlando, Florida.

The tribute features panels and murals honoring not only the 49 victims of the deadly shooting which took place on June 12, 2016, but the families, first responders and community members who came together in the aftermath of the tragedy.

According to Pulse nightclub owner and foundation founder Barbara Poma, every aspect of the design came directly from those affected by the shooting.

“Everything you will experience here is intentional,” Poma told the press. “It has purpose.”

Photos, commemorative art and images of LGBTQ pride left behind by visitors for almost two years, are now on display on the wall that surrounds the former nightclub. Visitors can leave messages on a digital board in front of the main mural. 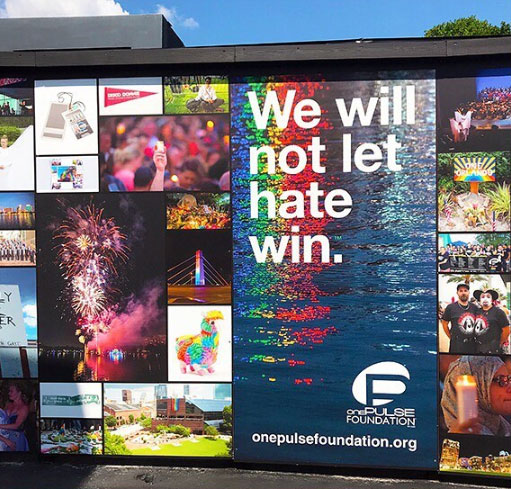 Additionally, the iconic Pulse fountain, which had been badly damaged during the shooting, has been rebuilt.

After a dedication ceremony, Rep. Carlos Guillermo Smith, D-Orlando, told the Orlando Sentinel the temporary memorial would give survivors of the shooting, as well as the Orlando community, a more appropriate setting to reflect.

“As a gay, Latino man who lives here in Orlando there’s no way that this tragedy couldn’t have been deeply deeply personal for me,” Smith said. “We can’t forget what happened here on the darkest day of our city’s history. It’s also part of our world and human history.”

This tribute will remain until the permanent memorial and museum designs are selected.

Here is a sneak peek of the new interim Pulse memorial. It opens to the public today at 3PM. @MyNews13 pic.twitter.com/Dqlfb10H8k

The #Pulse Interim Memorial is officially open to the public. A place of commemoration and reflection for our community and the world as we embark on the planning of the permanent memorial. We are grateful for all of our generous supporters who have helped the victims’ families, the affected survivors, the first responders, and the entire #Orlando community, along the road to healing. #WeWillNotLetHateWin For more information about visiting the Interim Memorial click the link in our bio. ❤️🧡💛💚💙💜 ____________________________________________ #onepulse #pulse #lgbt #lgbtq #orlando #orlandostrong #loveislove #orlandounited #gay #lesbian #bi #trans #queer
A post shared by Pulse Orlando (@pulseorlando) on May 8, 2018 at 12:29pm PDT