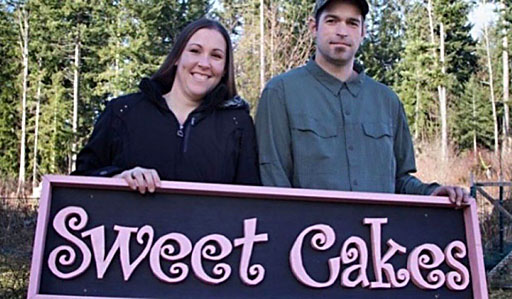 Just months after the U.S. Supreme Court issued a narrow ruling on Colorado baker Jack Phillips’ appeal for refusing to make a cake for a gay couple, another anti-LGBT bakery has asked the Supreme Court to consider their appeal.

The petition for review, filed last Friday by the conservative law firm First Liberty on behalf of Aaron and Melissa Klein of Sweet Cakes by Melissa, asserts the couple’s First Amendment rights to refuse service to a lesbian couple, according to SCOTUSblog.

In 2013, Laurel and Rachel Bowman-Cryer asked the Gresham, Oregon, bakery to sell them a cake for their upcoming commitment ceremony.

It’s worth underscoring that the Bowman-Cryers weren’t asking for a wedding cake, or holding any kind of religious ceremony, as marriage equality hadn’t been adopted by Oregon at the time.

Also, the state of Oregon’s public accommodation laws clearly prohibit any discrimination based on sexual orientation.

The lesbian couple filed a complaint with the state’s Bureau of Labor & Industries which found the bakery had, indeed, violated the state’s laws.

The Bureau fined the couple $135,000 for the violation, which the Kleins’ claim put them out of business, even though a Christian-led crowdfunding campaign raised over $352,000 for the couple.

The Kleins appealed the decision to the Oregon Court of Appeals, but the Bureau’s decision was upheld.

The bakers then asked the Oregon Supreme Court to review the decision, but the state’s high court refused that request earlier this year.

The Supreme Court has several options regarding the petition for review.

In order to accept the case, at least four justices must vote to do so.

The court could decline the review completely, or decline to review but vacate the earlier rulings in Oregon remanding the case back to the earlier courts to review their decision.

That’s the route the high court took in June of this year regarding an anti-LGBT florist in Washington state, Barronelle Stutzman of Arlene’s Flowers.

According to SCOTUSblog, the state of Oregon now has 30 days to respond to the filing although a 30 extension is possible.

Should the Supreme Court choose to review the case, after oral arguments a decision would come down sometime before the end of June 2019.