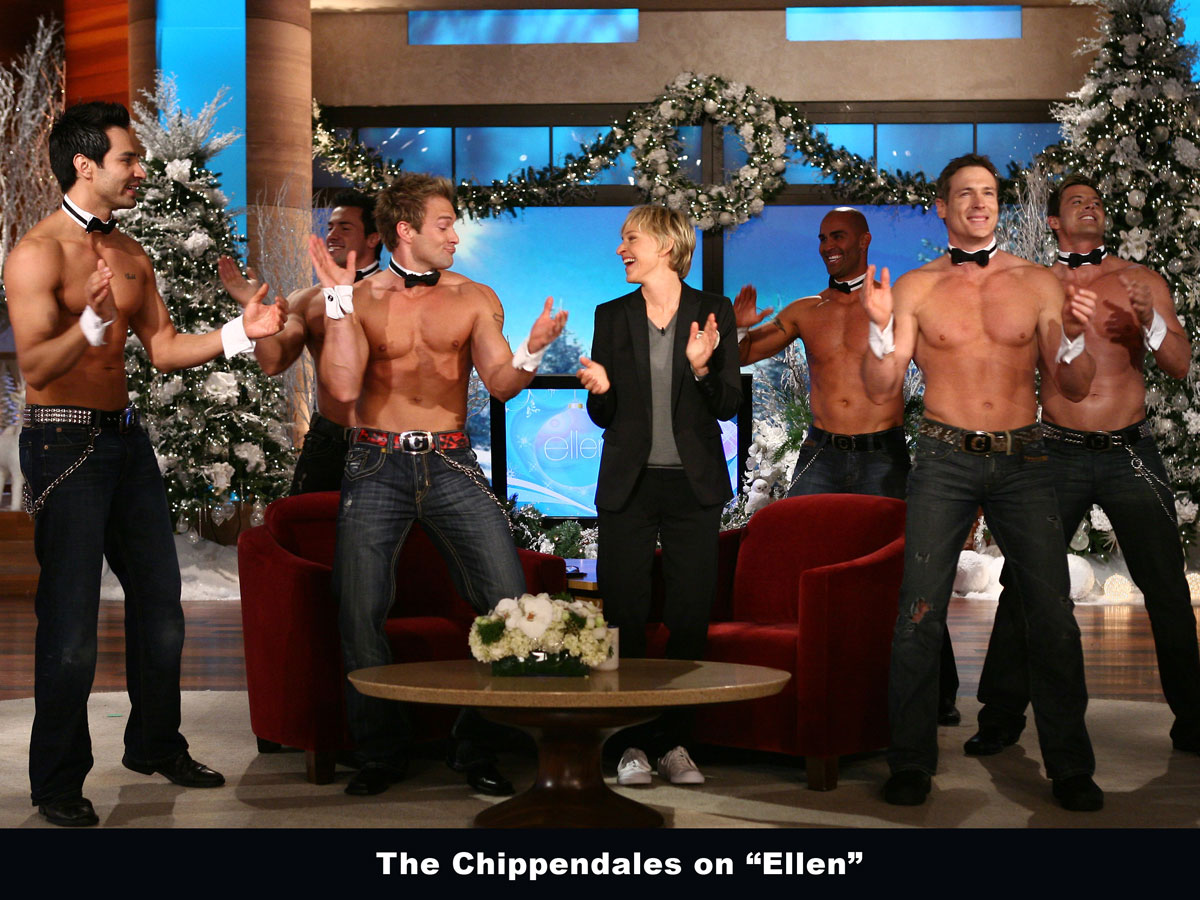 Every now and then, I’m amazed that what you see on TV is racier than Chippendales.

When Michael became National Press rep for Chippendales, early on he met a bit of resistance by some TV show producers saying “that’s too racy for daytime TV.”

Fortunately, Michael’s good at what he does and in the years he’s worked with Chippendales they’ve appeared on all of the top daytime TV shows like The View, Ellen, Wendy Williams, Tyra and The Today Show.  And that’s the short list.  Each of those shows has had the Chippendales back multiple times after seeing how popular the appearances are.

And of course, The Chippendales always know they are on “daytime TV” and wear jeans and act accordingly.  Duh.

But today I came across this pic of a recent screen shot of “One Life To Live” and, while it’s sexy, could only think again – racier than Chippendales! Compare the pics and tell me which you think is “racier.”  A steam room scene in towels with water pouring down bare chests, or The Chippendales in jeans with the TV show hosts…?