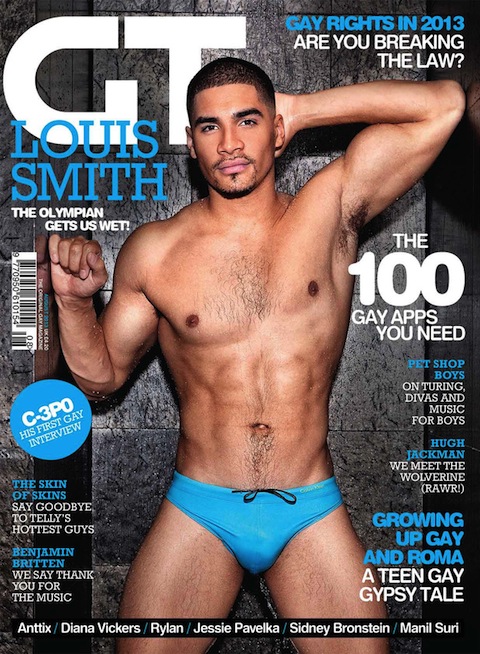 Silver-medal Olympic gymnast Louis Smith hits the cover of the August issue of Gay Times in naught but an attention-grabbing light blue speedo.

In his interview – yes, there are articles to read, not just pictures – Smith addresses the topic of gay sportsmen who are still afraid to come out due to the persecution they would suffer for failing to live up to the expectations of being a straight man. Except for gymnastics. In gymnastics, “you’re always wearing a leotard.”

He thinks gay people should be allowed to marry too:

The latest issue of Gay Times is available for digital download.